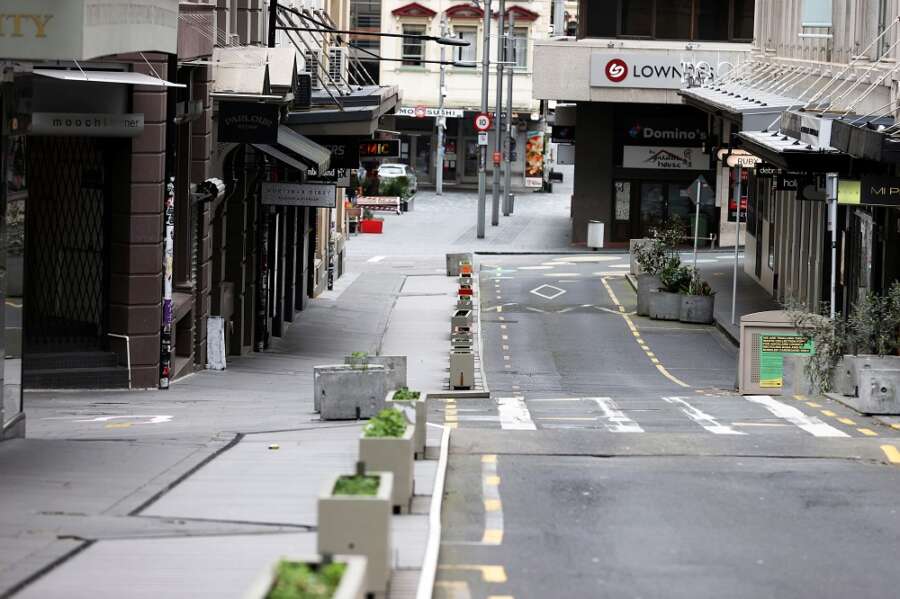 WELLINGTON (Reuters) – New Zealand on Monday abandoned its long-standing strategy of eliminating coronavirus amid a persistent Delta outbreak, and will instead look to live with the virus and control its spread as its vaccination rate rises.

The Pacific nation was among just a handful of countries to bring COVID-19 cases down to zero last year and largely stayed virus-free until an outbreak of the highly infectious Delta variant in mid-August frustrated efforts to stamp out transmission.

“With this outbreak and Delta the return to zero is incredibly difficult,” Prime Minister Jacinda Ardern told a news conference in a major policy shift.

“This is a change in approach we were always going to make over time. Our Delta outbreak has accelerated this transition. Vaccines will support it,” she said.

Ardern said a lockdown affecting 1.7 million people in the biggest city Auckland will be scaled back in phases, with some freedoms introduced from Wednesday.

The change of direction came as the country recorded 29 new COVID-19 cases on Monday, taking the total number in the current outbreak to 1,357. Most cases are in Auckland, which has been in lockdown for nearly 50 days.

Amid mounting pressure, Ardern has said her strategy was never to have zero cases, but to aggressively stamp out the virus. She said strict lockdowns will end once 90% of the eligible population is vaccinated.

About two million New Zealanders have so far been fully vaccinated, or about 48% of the eligible population.

Ardern said the Delta variant felt like “a tentacle that has been incredibly hard to shake”.

“It’s clear that a long period of heavy restrictions has not got us to zero cases. But its ok … elimination was important because we didn’t have vaccinations. Now we do. So we can begin to change the way we do things,” she said.

People in Auckland will be able to leave their homes to connect with loved ones outdoors from Wednesday, with a limit of 10 people, as well as go to beaches and parks.

Worldwide deaths related to COVID-19 surpassed 5 million on Friday https://www.reuters.com/world/global-covid-19-deaths-hit-5-million-delta-variant-sweeps-world-2021-10-02, according to a Reuters tally, with unvaccinated people particularly exposed to the virulent Delta strain.

But a sluggish vaccine rollout and the persistent Delta outbreak this year has dented her popularity.

Aucklanders turned to social media after the announcement, with many cheering the decision while others expressed concern.

“I think if we’d been at 1-2 unlinked cases a day and/or no infections in community and no spread outside Auckland (and higher vaccination) I’d be cheering right now,” one Aucklander said on Twitter.

University of Auckland professor Shaun Hendy, who has been modelling the spread of COVID-19, said the new freedoms were likely to lead to greater spread and higher case numbers in coming weeks.

“The government will be hoping that any growth in cases that result is slow enough that vaccination can get ahead of the outbreak, before it puts significant strain on our testing and tracing system, not to mention our hospitals,” Hendy said.

Political parties on both sides slammed the move.

“Jacinda Ardern has no answers to problems that she and her Government promised us were under control. The situation is now, very clearly, out of control and worsening every day,” Opposition National Party leader Judith Collins said in a statement.

McDonald’s targets net zero emissions by 2050, from meat to energy