Home Finance Move over TINA, it’s time for TARA
Our website publishes news, press releases, opinion and advertorials on various financial organizations, products and services which are commissioned from various Companies, Organizations, PR agencies, Bloggers etc. These commissioned articles are commercial in nature. This is not to be considered as financial advice and should be considered only for information purposes. It does not reflect the views or opinion of our website and is not to be considered an endorsement or a recommendation. We cannot guarantee the accuracy or applicability of any information provided with respect to your individual or personal circumstances. Please seek Professional advice from a qualified professional before making any financial decisions. We link to various third-party websites, affiliate sales networks, and to our advertising partners websites. When you view or click on certain links available on our articles, our partners may compensate us for displaying the content to you or make a purchase or fill a form. This will not incur any additional charges to you. To make things simpler for you to identity or distinguish advertised or sponsored articles or links, you may consider all articles or links hosted on our site as a commercial article placement. We will not be responsible for any loss you may suffer as a result of any omission or inaccuracy on the website.
Finance 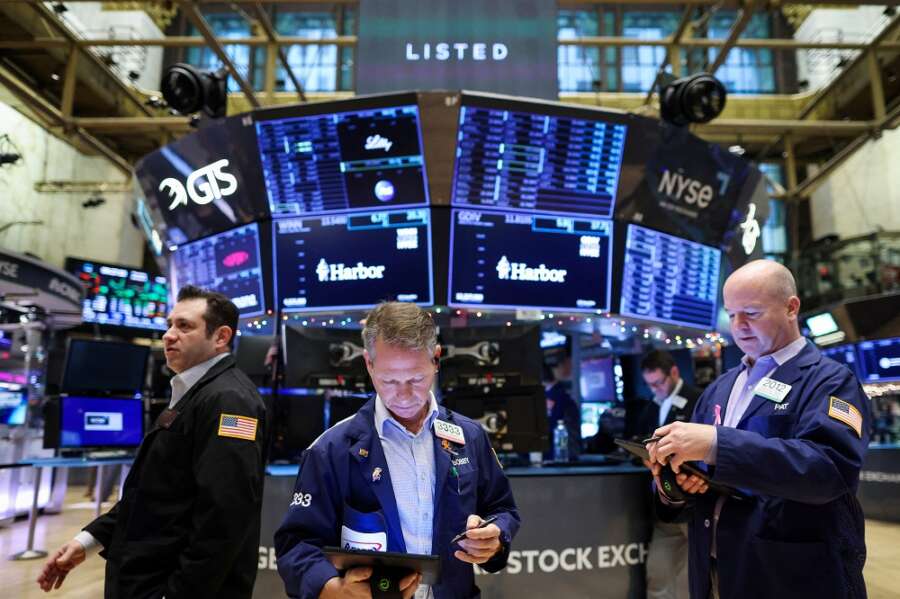 (Refiles to change title in paragraph four to CIO from chief executive for Global Fixed Income at PIMCO. No other changes to text)

The acronym for There Is No Alternative to owning equities described how loose monetary policy since 2009 put stocks on steroids because yields on fixed income products such as government bonds became too low to bother with. TINA was the only trade in town.

But as high inflation has forced major central banks to increase the cost of money, TINA’s reign is over, leaving trillions of dollars worth of investments looking for a new home as investors adjust to a new, more varied, era.

“There is now TARA,” said Andrew Balls, CIO for Global Fixed Income at PIMCO. “There is a reasonable alternative.”

Idanna Appio, a portfolio manager at First Eagle Investments, said that TINA was good for passive investors as it meant that equity prices went up because bond yields went down.

In 2022, both stocks and bonds were hit by high inflation and rising rates.

“This year will be choppy,” she said, with a “volatile macro-economic landscape” and “confusion” over interest rates and inflation. “But certainly a broad, passive exposure to stocks is not going to be the winning approach.”

TINA’s strength peaked during the 2020 COVID crisis as global central banks ramped up stimulus and snapped up government bonds. By late 2020, $18.4 trillion worth of this low-risk debt carried a negative yield, meaning anyone holding the bonds to maturity lost money.

But now, yields on government bonds have finally turned positive, adding to pressure on stocks but removing one major drawback of holding fixed income.

“The risk free rate,” he added, referring to core government bond yields, “actually gives you something.”

In their biggest moves in decades, U.S. 10-year Treasury yields have more than doubled in the past year to around 3.6%. Germany’s Bund yield is at 2.28%, versus just below 0% a year ago.

A recession meanwhile could halt or shrink companies’ dividend payouts, but businesses that remain solvent must continue to pay coupons on their bonds.

“You can at least bring money in from clipping the coupons.”

An ICE BofA index of U.S. investment grade corporate bonds with one to three years until their repayment date yields around 5.1%.

TARA may become more popular with investors but it’s not going to be smooth sailing, especially with bond investors’ old enemy — inflation — back.

Inflation rocketed to 40-year highs in the United States and Europe last year and central banks responded with the sharpest rate rises in decades.

Price pressures are now abating and data on Thursday is expected to show annual U.S. inflation at 6.5% in December, down from as high as 9.1% last June.

“The outlook for bonds is more positive but it’s not immediate,” said Baylee Wakefield, multi-asset portfolio manager at Aviva Investments, who is no longer selling bonds short but also not increasing her exposure.

“We might be a way off the trade making money if we aren’t yet at the peak of interest rates and inflation.”

A traditional view of fixed income investments outperforming during economic downturns is complicated by the most likely causes of a recession being persistent inflation and high borrowing costs.

U.S. and European central banks are steadfastly discouraging talk that the inflation fight is over.

“The end of TINA is very important,” said Francesco Sandrini, head of multi-asset strategies at Amundi, Europe’s largest fund manager. “But the idea that bonds are back is a bit of a simplification.”

TINA has had its day, though. Strategists at UBS see Wall Street’s benchmark S&P 500 stock market index dropping to about 3,200 this year, about 17% below current levels, echoing other banks’ similarly gloomy predictions.

Picking through the bond markets for reliable sources of income might well be the sharpest money-making tool for investors this year.

German inflation rate to ease over course of 2023 – econ minister