Home News Model Kit: Happy Finish announce virtual video shoot to launch Balmain pre-fall collection
Our website publishes news, press releases, opinion and advertorials on various financial organizations, products and services which are commissioned from various Companies, Organizations, PR agencies, Bloggers etc. These commissioned articles are commercial in nature. This is not to be considered as financial advice and should be considered only for information purposes. It does not reflect the views or opinion of our website and is not to be considered an endorsement or a recommendation. We cannot guarantee the accuracy or applicability of any information provided with respect to your individual or personal circumstances. Please seek Professional advice from a qualified professional before making any financial decisions. We link to various third-party websites, affiliate sales networks, and to our advertising partners websites. When you view or click on certain links available on our articles, our partners may compensate us for displaying the content to you or make a purchase or fill a form. This will not incur any additional charges to you. To make things simpler for you to identity or distinguish advertised or sponsored articles or links, you may consider all articles or links hosted on our site as a commercial article placement. We will not be responsible for any loss you may suffer as a result of any omission or inaccuracy on the website.
News 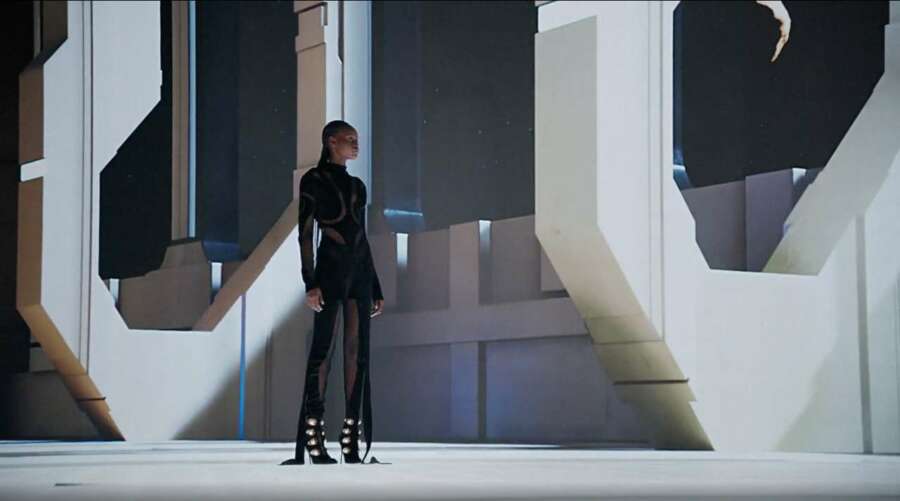 For the production of the new Balmain Collection Films, Happy Finish were approached to create numerous virtual environments using Unreal Engine. Working as close creative collaborators with Lalaland Productions and Director Norbert Schoerner, Happy Finish supported in a new and highly innovative way of shooting, by owning the process of the environment creation for an XR virtual production. Inspired by various futuristic references including Stanley Kubrick’s iconic 2001: Space Odyssey they designed five environments, including a descending space ‘lift’ and a 360-degree spinning ‘centrifuge’.

Each of these virtual environments were projected onto the stage on high end LED screen walls and floor behind and below the models. These sets then react to the real-life camera moves and using Unreal Engine the content on the LED walled background and LED floor change to complete the scene being filmed. This technique completely removes the need for green screen compositing to produce the final result. The shoot, filmed in Paris, used Camera tracking technology allowing for the perspective of the environment to alter as the models moved around the stage.

Daniel Cheetham CTO at Happy Finish, says: “This was a great project to be involved with, allowing us to flex our real-time content production muscles for one of the world’s greatest luxury brands. The luxury sector is at the creative forefront when it comes to utilising the latest virtual production techniques to maximum effect, as Balmain has demonstrated by taking this approach to its pre-fall collection launch. Virtual production is transforming content creation across multiple sectors, we love working on these projects.”

Perfect Corp.’s Annual “Beauty by Numbers” Recap Reveals the Top Global Makeup Trends to Look Out For in 2022