Home Headlines Meta says it removes China-based propaganda operation targeting U.S. midterms
Editorial & Advertiser disclosure
Our website publishes news, press releases, opinion and advertorials on various financial organizations, products and services which are commissioned from various Companies, Organizations, PR agencies, Bloggers etc. These commissioned articles are commercial in nature. This is not to be considered as financial advice and should be considered only for information purposes. It does not reflect the views or opinion of our website and is not to be considered an endorsement or a recommendation. We cannot guarantee the accuracy or applicability of any information provided with respect to your individual or personal circumstances. Please seek Professional advice from a qualified professional before making any financial decisions. We link to various third-party websites, affiliate sales networks, and to our advertising partners websites. When you view or click on certain links available on our articles, our partners may compensate us for displaying the content to you or make a purchase or fill a form. This will not incur any additional charges to you. To make things simpler for you to identity or distinguish advertised or sponsored articles or links, you may consider all articles or links hosted on our site as a commercial article placement. We will not be responsible for any loss you may suffer as a result of any omission or inaccuracy on the website.
Headlines 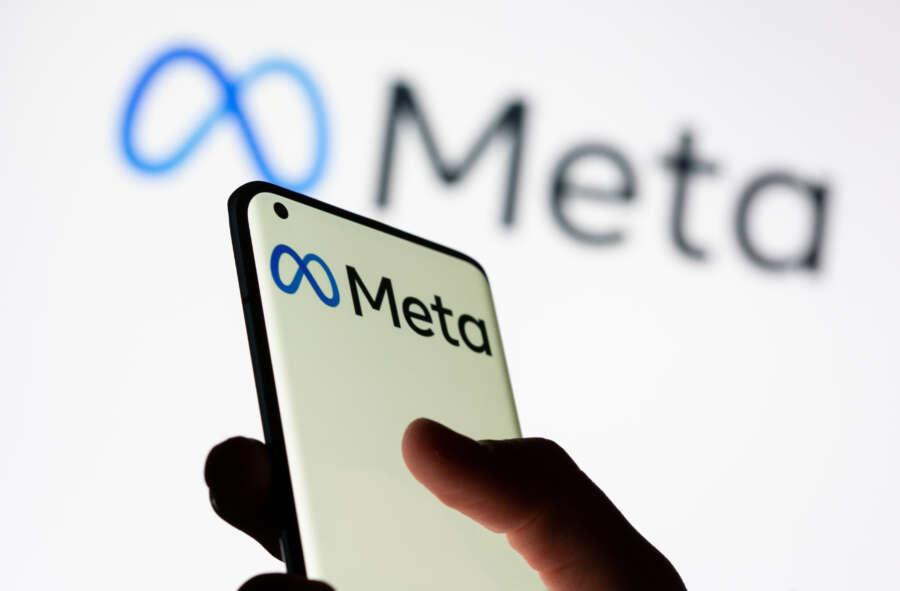 (Reuters) -Meta Platforms said on Tuesday it disrupted the first known China-based influence operation focused on targeting users in the United States with political content ahead of the midterm elections in November.

The network maintained fake accounts across Meta’s social media platforms Facebook and Instagram, as well as competitor service Twitter, but was small and did not attract much of a following, Meta said in a report summarizing its findings.

Still, the report noted, the discovery was significant because it suggested a shift toward more direct interference in U.S. domestic politics compared with previous known Chinese propaganda efforts.

“The Chinese operations we’ve taken down before talked primarily about America to the world, primarily in South Asia, not to Americans about themselves,” Meta global threat intelligence lead Ben Nimmo told a press briefing.

“Essentially the message was ‘America bad, China good,'” he said of those operations, while the new operation pushed messages aimed at Americans on both sides of divisive issues like abortion and gun rights.

Another Meta executive at the briefing said the company did not have enough evidence to say who in China was behind the activity.

Asked about Meta’s findings at a news conference, U.S. Attorney General Merrick Garland said his office was “very concerned” about intelligence reports of election interference by foreign governments “starting back some time ago and continuing all the way into the present.”

A Twitter spokesperson said the company was aware of the information in Meta’s report and also took down the accounts.

According to Meta’s report, the Chinese fake accounts posed as liberal and conservative Americans in different states. They posted political memes and lurked in the comments of public figures’ posts since November 2021.

A sample screenshot showed one account commenting on a Facebook post by Republican Senator Marco Rubio, asking him to stop gun violence and using the hashtag #RubioChildrenKiller.

The same network also set up fake accounts that posed as people in the Czech Republic criticizing the Czech government over its approach to China, according to the report.

Meta also said it had intercepted the largest and most complex Russian-based operation since the war in Ukraine began, describing it as a sprawling network of more than 60 websites impersonating legitimate news organizations, along with about 4,000 social media accounts and petitions on sites like U.S.-based campaign group Avaaz.

That operation primarily targeted users in Germany, as well as France, Italy, Ukraine and the United Kingdom, and spent more than $100,000 on ads promoting pro-Russian messages.

On a few occasions, Russian embassies in Europe and Asia amplified the content.

The Russian embassy in Washington said Meta’s move follows “the instructions of the U.S. authorities” and is a violation of freedom of speech.

“This suggests that American tech giants, who own the most popular Internet resources, have become servants of the U.S. administration’s policy of suppressing dissent,” the embassy said on its Telegram channel.