Home Headlines Making everyday rides extraordinary
Our website publishes news, press releases, opinion and advertorials on various financial organizations, products and services which are commissioned from various Companies, Organizations, PR agencies, Bloggers etc. These commissioned articles are commercial in nature. This is not to be considered as financial advice and should be considered only for information purposes. It does not reflect the views or opinion of our website and is not to be considered an endorsement or a recommendation. We cannot guarantee the accuracy or applicability of any information provided with respect to your individual or personal circumstances. Please seek Professional advice from a qualified professional before making any financial decisions. We link to various third-party websites, affiliate sales networks, and to our advertising partners websites. When you view or click on certain links available on our articles, our partners may compensate us for displaying the content to you or make a purchase or fill a form. This will not incur any additional charges to you. To make things simpler for you to identity or distinguish advertised or sponsored articles or links, you may consider all articles or links hosted on our site as a commercial article placement. We will not be responsible for any loss you may suffer as a result of any omission or inaccuracy on the website.
Headlines 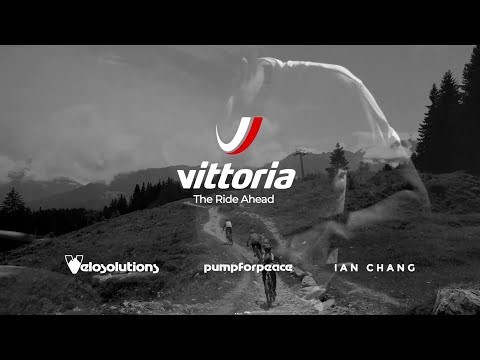 The campaign includes 60 and 15 second films which will run on YouTube [OWN THE UNKNOWN], brand and partner social channels, as well as a series of interviews with the cast.

Vittoria is best known for its road tyres, used by some of the most famous riders and teams in the world. But it also has a fantastic range of MTB tyres which are increasingly being used by pro riders and teams. Firehaus was briefed to raise awareness of the brand in the global MTB community and reinforce key brand and product characteristics.

Shot on location in Flims, Graubünden, Switzerland three friends (Faranak Partoazar from Iran, Tumelo Makae from Lesotho and Velosolutions boss and downhill star Claudio Caluori) ride out from different start points. Descending from the edge of the Vorab glacier and the wooded valleys 1000m below they eventually meet up at – a destination unknown.

The film captures the interplay between drum surface and tyres hitting the earth’s surface, which takes on an almost spiritual dimension in the dramatic landscape of the Glarus Alps. It also highlights the relationship between cyclists and the environment.

Originally from Hong Kong, composer Ian Chang has built an impressive roster of progressive pop collaborators such as Moses Sumney, Joan As Policewoman, and Matthew Dear, among others, all while performing internationally and recording as a member of Son Lux and Landlady. One of his latest projects was the soundtrack to cult film Everything, Everywhere All At Once, with his band Son Lux. The film has gone on to win seven out of eight categories at the Hollywood Critics Association’s (HCA) Midseason Awards.

Claudio Caluori is well known to MTB riders around the world. The seven-time Swiss National Downhill Champion and Red Bull World Cup commentator has gone on to develop innovative sustainable trails business, pump tracks, and now the Pump for Peace Racing team. The vision for the team is to offer professional support to riders from nations where MTB is a fledgling sport and they’re prone to marginalisation and discrimination.

Ernesto Garcia Domingo, CCO at Vittoria says, “We are building the Vittoria brand around the idea of The Ride Ahead. This captures the rational benefits of our innovative products and the sustainable business processes we are putting in place. But it also captures the spirit of curiosity, optimism and courage we stand for. Own the Unknown encapsulates this perfectly for the MTB community.”

Ian Bates, Founder and Creative Partner at Firehaus comments, “This is a really interesting collaboration between a group of highly innovative partners. Putting Ian Chang’s experimental music together with cycling pioneers Claudio, Faranak, Tumelo and the world’s most innovative tyre brand Vittoria has added layers of meaning to the campaign. The exceptional features of the tyres are given a new lease of life in the narrative.”

Musician Ian Chang adds, “I’m really happy to see how Vittoria saw the connection between my music and their products and their world. So, it’s fun to see my music manifest itself in that way.”

ECB must swiftly normalise rates; neutral may not be enough, Knot says