Home Headlines Loss of queen brings first encounter with death for some children
Editorial & Advertiser disclosure
Our website publishes news, press releases, opinion and advertorials on various financial organizations, products and services which are commissioned from various Companies, Organizations, PR agencies, Bloggers etc. These commissioned articles are commercial in nature. This is not to be considered as financial advice and should be considered only for information purposes. It does not reflect the views or opinion of our website and is not to be considered an endorsement or a recommendation. We cannot guarantee the accuracy or applicability of any information provided with respect to your individual or personal circumstances. Please seek Professional advice from a qualified professional before making any financial decisions. We link to various third-party websites, affiliate sales networks, and to our advertising partners websites. When you view or click on certain links available on our articles, our partners may compensate us for displaying the content to you or make a purchase or fill a form. This will not incur any additional charges to you. To make things simpler for you to identity or distinguish advertised or sponsored articles or links, you may consider all articles or links hosted on our site as a commercial article placement. We will not be responsible for any loss you may suffer as a result of any omission or inaccuracy on the website.
Headlines

Loss of queen brings first encounter with death for some children 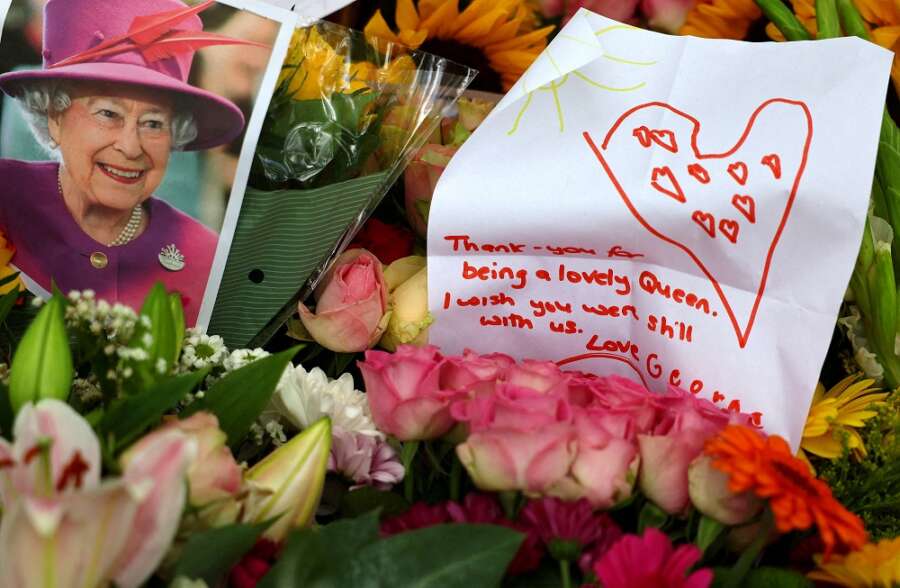 LONDON (Reuters) – The death of Queen Elizabeth and the closure of schools on the day of her funeral have meant many teachers and families have had to talk about death for the first time with young children.

Children’s charities and bereavement groups have offered advice about how to have such a conversation, answer questions, and decide whether to watch her funeral together.

The queen was all the more familiar to school children because just three months ago they celebrated her Platinum Jubilee with parties and performances, or by dressing up to represent every decade of her reign. Every primary school child received a special book for the occasion.

She also appeared as a character in children’s fiction and television from Roald Dahl’s “The BFG” to “Peppa Pig”.

“The death of a prominent figure can significantly affect children, as well as adults. This could be their first experience of death and they don’t really understand it or maybe they have been bereaved and this brings up those difficult feelings again,” said the Winston’s Wish charity for bereaved children.

“(Children) may or may not have attended a funeral before, but could be asking you about watching the queen’s funeral. It could be a good opportunity to introduce the concept of funerals to a child,” the charity said.

If children do watch the funeral it suggests preparing them in advance for what they will see, talking about emotions and being mindful of the child’s reactions and needs.

Charity Save the Children also suggested in a blog: “Create activities that help them process how they’re feeling. This could be drawing a picture of the queen, writing a story about her life, or imagining the adventures she might have been on.”

Messages and drawings from children feature prominently in the floral tributes left outside royal palaces and children have been queuing to see the queen lie in state.

“Dear Queen Elizabeth, you have been such a loyal queen to us all. Say hello to my nannie in heaven. It would mean the world to me,” wrote one nine-year-old girl on a drawing of the queen with a corgi.

“Thank you for being a lovely queen. I wish you were still with us,” wrote a boy called George on a note with a heart.

The queen’s queue: A portrait of our times

Horses and the ‘Sport of Kings’ were Queen Elizabeth’s passion