Home Headlines King Charles, Prince William make first appearances since Harry’s memoir
Editorial & Advertiser disclosure
Our website publishes news, press releases, opinion and advertorials on various financial organizations, products and services which are commissioned from various Companies, Organizations, PR agencies, Bloggers etc. These commissioned articles are commercial in nature. This is not to be considered as financial advice and should be considered only for information purposes. It does not reflect the views or opinion of our website and is not to be considered an endorsement or a recommendation. We cannot guarantee the accuracy or applicability of any information provided with respect to your individual or personal circumstances. Please seek Professional advice from a qualified professional before making any financial decisions. We link to various third-party websites, affiliate sales networks, and to our advertising partners websites. When you view or click on certain links available on our articles, our partners may compensate us for displaying the content to you or make a purchase or fill a form. This will not incur any additional charges to you. To make things simpler for you to identity or distinguish advertised or sponsored articles or links, you may consider all articles or links hosted on our site as a commercial article placement. We will not be responsible for any loss you may suffer as a result of any omission or inaccuracy on the website.
Headlines 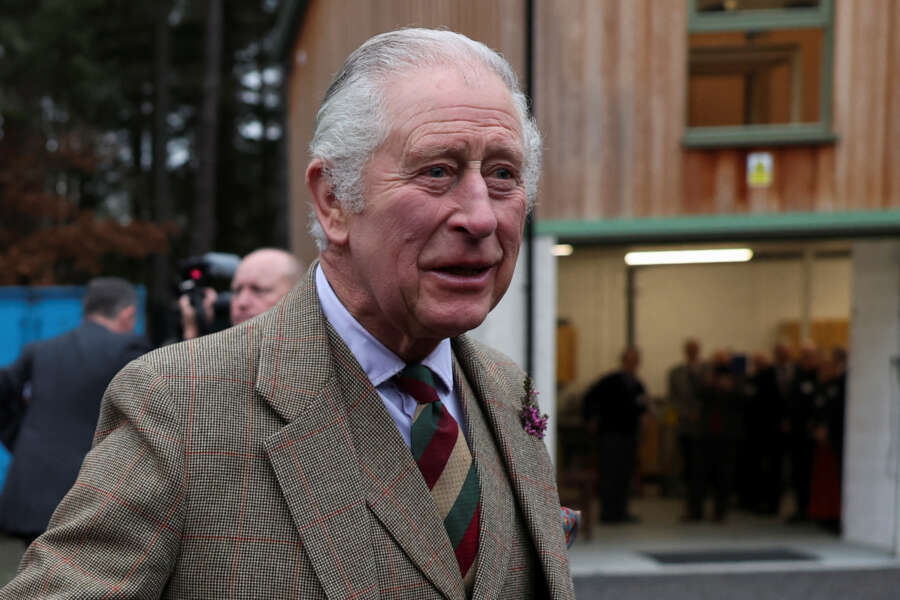 ABOYNE, Scotland (Reuters) -Britain’s King Charles and Prince William made their first public appearances on Thursday since the release of the monarch’s son Prince Harry’s tell-all memoir and TV interviews in which he made accusations against them and other royals.

In his book “Spare”, Harry divulges that he had begged his father not to marry his second wife Camilla, now the queen consort. The book also delivered numerous other revelations, including that elder brother and heir to the throne William had knocked him over during a heated argument.

Harry also used promotional interviews to double down on his claims that some royals, including Camilla and William, and their aides had leaked damaging stories to tabloid papers about him or his American wife Meghan in order to protect themselves or enhance their reputations.

Charles chatted with well-wishers but made no immediate comment about the recent furore when he arrived for a visit to the Aboyne Community Shed in a village in Scotland to meet representatives involved with local support groups.

The low-key trip, the monarch’s first public event of the year, was in stark contrast to the recent high-profile coverage of his son’s book, which came a month after the release of a six-part Netflix documentary series about him and Meghan.

Also on Thursday, a smiling and happy-looking William and his wife Kate, who he also criticises in his book, made their first appearances since the memoir’s release, to a hospital in northern England. They too made no public reference to the saga.

So far, neither Buckingham Palace nor aides for any of the royals have commented on Harry’s disclosures.

There is no doubting the huge global interest in Harry and what he has to say about his fellow British royals.

Publisher Penguin Random House said the memoir had secured the largest first-day sales total for any non-fiction book it had ever published with more than 1.4 million copies sold in the United States, Canada and the United Kingdom.

It said more books were being printed to meet demand, with the level of interest coming after their Netflix documentary had also attracted record viewers.

However, according to a YouGov poll conducted after the book was published, the fascination is not reflected in popularity, with his once high favourability score among Britons slumping again to a record low. Just 24% had a favourable opinion compared to 68% with a negative view, the poll found.

Among those aged over 65, he and Meghan were even less popular than his uncle Prince Andrew who has been banished from public life over his friendship with late convicted U.S. sex offender Jeffrey Epstein, and a related sexual assault allegation which led to him settling a U.S. lawsuit.

The royal melodrama does not appear to have seriously damaged the popularity of Charles or William though, although the regular poll indicated that the heir’s standing, and that of his wife Kate, appears to be on a downward trend.

The monarchy itself has also taken a slight hit, with a rise in the number of people embarrassed by it, although the vast majority remained supporters, the survey showed.

British newspapers reported that in the wake of his revelations Harry would not be welcome to attend his father’s coronation in May.

“I’m not going to lie the last few days have been hurtful and challenging,” Harry said earlier this week.