Home Headlines Ireland to turn heat down in public buildings, shut empty office floors
Our website publishes news, press releases, opinion and advertorials on various financial organizations, products and services which are commissioned from various Companies, Organizations, PR agencies, Bloggers etc. These commissioned articles are commercial in nature. This is not to be considered as financial advice and should be considered only for information purposes. It does not reflect the views or opinion of our website and is not to be considered an endorsement or a recommendation. We cannot guarantee the accuracy or applicability of any information provided with respect to your individual or personal circumstances. Please seek Professional advice from a qualified professional before making any financial decisions. We link to various third-party websites, affiliate sales networks, and to our advertising partners websites. When you view or click on certain links available on our articles, our partners may compensate us for displaying the content to you or make a purchase or fill a form. This will not incur any additional charges to you. To make things simpler for you to identity or distinguish advertised or sponsored articles or links, you may consider all articles or links hosted on our site as a commercial article placement. We will not be responsible for any loss you may suffer as a result of any omission or inaccuracy on the website.
Headlines 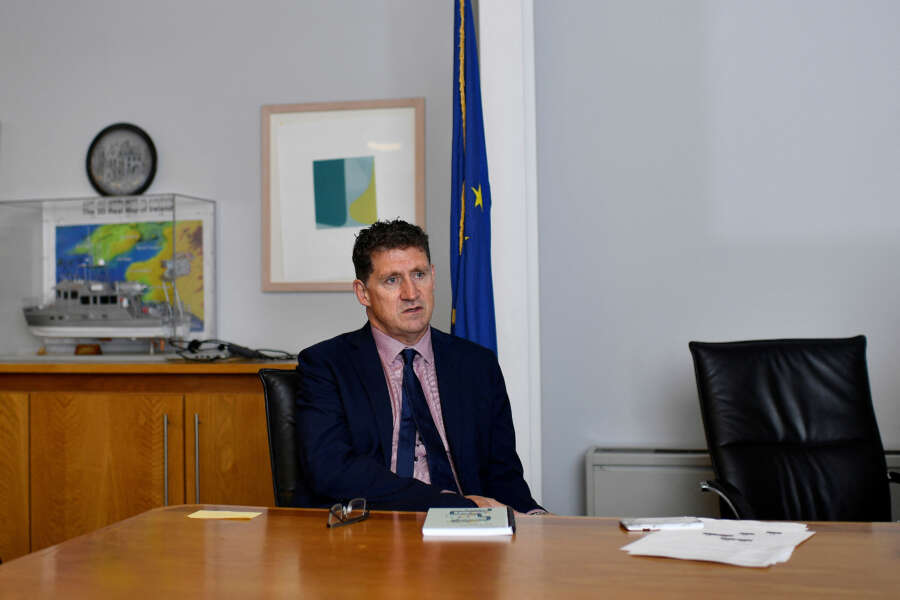 DUBLIN (Reuters) – Ireland will turn the heating down in public buildings and ask public sector office employees to work on the same floor under energy-saving measures set to be approved by the cabinet on Wednesday, Energy Minister Eamon Ryan said.

Public buildings – with the exception of social institutions such as hospitals – are to be heated to a maximum of 19 degrees Celsius (66°F) with the unnecessary heating of low occupancy spaces also targeted, Ryan said following a meeting of senior ministers.

“It is critical that we reduce our use to help save money. It’s very practical and we will lead off in the public sector. Not that we go short, but be careful how we heat our spaces,” Ryan told national broadcaster RTE on Tuesday.

Energy costs in Ireland and much of Europe have surged since Russia’s invasion of Ukraine in February, in part due to Russia’s retaliation for a raft of Western sanctions.

Ryan said the measures, including encouraging consumers to avoid washing their clothes or dishes between 5 pm and 7 pm, the most expensive peak time of the day, were aimed at preserving particularly tight supply in Ireland as well as cutting bills.

The government also intends to provide financial support to consumers and businesses in its Sept. 27 budget.

Ryan said he would also support proposals from the European Commission at a meeting of EU energy ministers on Friday to put a price cap for certain power generators that do not run on gas and use some of the excess revenue to reduce people’s bills.

“I believe we’ll be able to get agreement,” Ryan said.