Home Headlines Instant View: British pound up as govt makes U-turn on tax cut plan
Our website publishes news, press releases, opinion and advertorials on various financial organizations, products and services which are commissioned from various Companies, Organizations, PR agencies, Bloggers etc. These commissioned articles are commercial in nature. This is not to be considered as financial advice and should be considered only for information purposes. It does not reflect the views or opinion of our website and is not to be considered an endorsement or a recommendation. We cannot guarantee the accuracy or applicability of any information provided with respect to your individual or personal circumstances. Please seek Professional advice from a qualified professional before making any financial decisions. We link to various third-party websites, affiliate sales networks, and to our advertising partners websites. When you view or click on certain links available on our articles, our partners may compensate us for displaying the content to you or make a purchase or fill a form. This will not incur any additional charges to you. To make things simpler for you to identity or distinguish advertised or sponsored articles or links, you may consider all articles or links hosted on our site as a commercial article placement. We will not be responsible for any loss you may suffer as a result of any omission or inaccuracy on the website.
Headlines 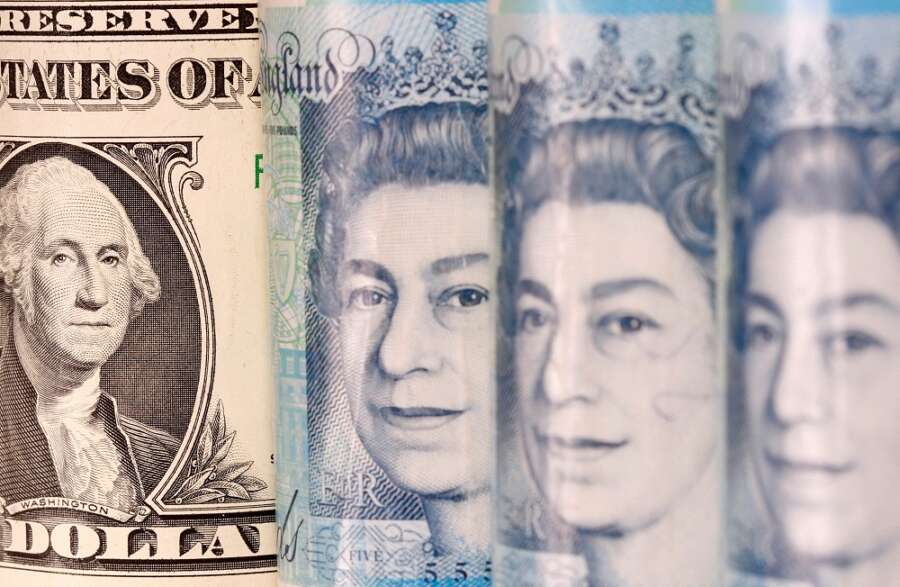 LONDON (Reuters) – Britain’s pound rallied although UK stocks opened weak on Monday, after the government said it was making an about-turn on a controversial tax cut plan in its mini-budget.

Finance Minister Kwasi Kwarteng said the government would not scrap the country’s top rate of income tax, as outlined a week ago.

That proposal alongside a planned rise in corporate taxes and an expensive scheme to subsidise energy bills for households and businesses had triggered a crisis of confidence in the government, sent the pound into freefall and hammered government bond prices.

“The market’s initial reaction is relief. It’s just £2bn of the £45bn of tax cuts so it’s not a big deal but it shows the government is bowing to pressure. This probably won’t be enough on its own to restore confidence – whether that’s reversing more tax cuts or plans to reduce spending. Markets will still want their pound of flesh.”

“The markets will probably scrutinise on what more the Truss-Kwarteng tag team can do. For now, the U-turn in 45% tax bracket, OBR meeting and BoE action to buy longer-dated gilts have bought time and hopes, resulting in GBP rally.

“We caution that the effect can fade very quickly if issues relating to budget are not sorted out before strong USD trend re-asserts.”

“It should reduce the worry about debt sustainability, I think that was a big worry there. That should be good news for sterling.

“But at the same time, to make it more credible, they probably have to – which they are doing so – put it through the Office for Budget Responsibility to get their assessment on how sustainable is the fiscal plan … It’d be even better news if they can put out the forecasts earlier to allay market concerns.”

“Beyond the knee-jerk (reaction)… withdrawing the supposed abolition of the tax does help the fiscal impact of the mini-budget. But it’s really marginal and I think in the end it adds to the policy uncertainty surrounding UK fiscal policy.”

“The government is in total chaos. The decision to reverse the 45% tax rate was expected when the Commons returned on the 11th of October. And even as late as last night, the team around (Prime Minister Liz) Truss was adamant that they were not reversing at conference because there was a belief the measure is still popular with Tory members.”

“From a market perspective, it is a good step in the right direction. It will take time for markets to buy the message but it should ease the pressure.

“Questions still remain and sterling will likely remain under pressure.”

“Clearly sterling has performed better on the news, but there are still a lot of questions, ultimately the 45 pence tax rate was only a small part of the unfunded tax cuts announced. The question remains is this enough? The answer will be clear in a few weeks’ time when the Bank of England measures end.

“UK assets, the pound and gilts are not out of the woods yet, and the British government has a lot to do to get back credibility.”