Home News Infographic – Top 5 Guide to Fraud Awareness
Editorial & Advertiser disclosure
Our website publishes news, press releases, opinion and advertorials on various financial organizations, products and services which are commissioned from various Companies, Organizations, PR agencies, Bloggers etc. These commissioned articles are commercial in nature. This is not to be considered as financial advice and should be considered only for information purposes. It does not reflect the views or opinion of our website and is not to be considered an endorsement or a recommendation. We cannot guarantee the accuracy or applicability of any information provided with respect to your individual or personal circumstances. Please seek Professional advice from a qualified professional before making any financial decisions. We link to various third-party websites, affiliate sales networks, and to our advertising partners websites. When you view or click on certain links available on our articles, our partners may compensate us for displaying the content to you or make a purchase or fill a form. This will not incur any additional charges to you. To make things simpler for you to identity or distinguish advertised or sponsored articles or links, you may consider all articles or links hosted on our site as a commercial article placement. We will not be responsible for any loss you may suffer as a result of any omission or inaccuracy on the website.
News 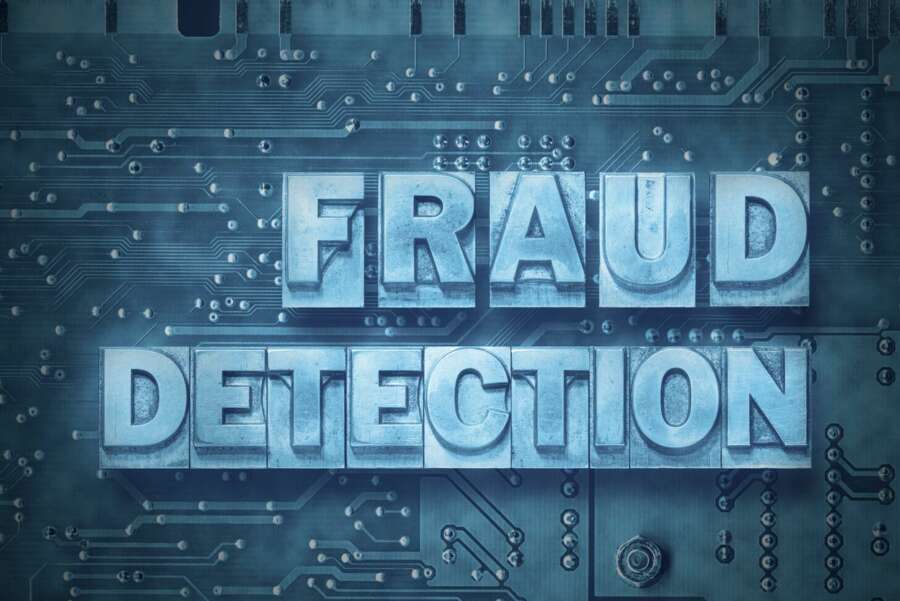 According to UK Finance’s most recent ‘Fraud the Facts’ report, total fraud losses in the UK in 2021 reached a staggering £1.31bn.

Fraud has been a growing problem for years, but this was exacerbated by the pandemic in 2020 as scammers quickly developed their tactics to take advantage of everyone working remotely and socialising online. They also ruthlessly preyed on people’s fear and uncertainties surrounding Covid-19.

In addition to this, scammers are now also using the cost of living crisis to their advantage by exploiting rising costs.
Total fraud losses in the UK 2016 – 2022

In 2021, £524.5m was lost as a result of unauthorised debit and credit card fraud. This includes the following types of fraud:

This is when a criminal uses stolen card details to purchase items over the internet, phone, or through mail order.

This is when a criminal uses a lost or stolen card to make purchases in store, online, or takes money out at an ATM or in a bank branch.

This is when a criminal uses stolen card details, along with someone’s personal information, to open to take over an account in that person’s name.

This is when a criminal creates a fake card using the details obtained from the magnetic strip of someone’s card.

This is when a card is stolen in transit – so between the card issuer sending out the card and the customer receiving it. It is then used to make fraudulent purchases, payments, or cash withdrawals.

APP Scams – what are they and why are they so dangerous?

An authorised push payment (APP) scam is when a fraudster has successfully tricked someone into sending them money via bank transfer. They do this because there are less protections in place for bank transfers than there are for debit and credit card payments.

APP scams make up such a large proportion of total fraud losses as it involves all scams where they are impersonating a genuine company or individual in an effort to trick people into sending them money via bank transfer. Some of the types of scams included are:

Since May 2019, it has been easier for victims to get their money back after falling for an APP scam due to the ‘APP scam voluntary code’ that was implemented. The large majority of banks signed up to this code to make a commitment to their customers in regards to compensation when the customer has met the standards expected of them under the code.

Since 2019, 47% of losses assessed since the code was introduced has been reimbursed to victims.

However, the fact that the banks are now doing more to reimburse victims, it doesn’t mean that these scams should be treated as less of a threat. The number of cases is consistently increasing year on year with nothing that anyone can do to stop them.

Although a reimbursement rate of 47% is a large step in the right direction, that still only gives you a 50/50 chance of getting your money back. Not to mention the time and effort this takes, and the emotional stress that it could cause you.

Why is fraud awareness the answer?

It’s unfortunate to say it, but there’s nothing that can be done to stop scammers from doing what they do. Although there are scammers operating within the UK, a large number of phishing emails and cold calls originate from other countries which means they are almost untraceable and very difficult to prosecute.

Also, as we move more and more processes online, people are becoming more vulnerable to scammers as we transfer more personal information and spend more time on the internet.

Scammers send out and conduct millions of phishing emails and cold calls every single day, making them impossible to avoid. The only real way to stop yourself from falling victim to these scams is simply by being aware of the tactics scammers use, the contact methods they use, and what to do when you are targeted.

Scammers also regularly update and develop their tactics to make their scams more difficult to detect, so it’s important to keep yourself regularly updated with the latest techniques.

Fraud in the UK is at an all-time high so it’s more important than ever for consumers to know how to protect themselves.

This infographic is a simple guide for consumers to use as a reminder of the most important things to watch out for in order to protect themselves from fraud.
With the thousands upon thousands of different methods that scammers now use, it can be easy to get caught up and forget the basics. People can use this guide to refer back to whenever they need a reminder of the most common things to watch out for.