Home Headlines Hungary pledges legal changes to secure EU recovery funding – govt
Our website publishes news, press releases, opinion and advertorials on various financial organizations, products and services which are commissioned from various Companies, Organizations, PR agencies, Bloggers etc. These commissioned articles are commercial in nature. This is not to be considered as financial advice and should be considered only for information purposes. It does not reflect the views or opinion of our website and is not to be considered an endorsement or a recommendation. We cannot guarantee the accuracy or applicability of any information provided with respect to your individual or personal circumstances. Please seek Professional advice from a qualified professional before making any financial decisions. We link to various third-party websites, affiliate sales networks, and to our advertising partners websites. When you view or click on certain links available on our articles, our partners may compensate us for displaying the content to you or make a purchase or fill a form. This will not incur any additional charges to you. To make things simpler for you to identity or distinguish advertised or sponsored articles or links, you may consider all articles or links hosted on our site as a commercial article placement. We will not be responsible for any loss you may suffer as a result of any omission or inaccuracy on the website.
Headlines 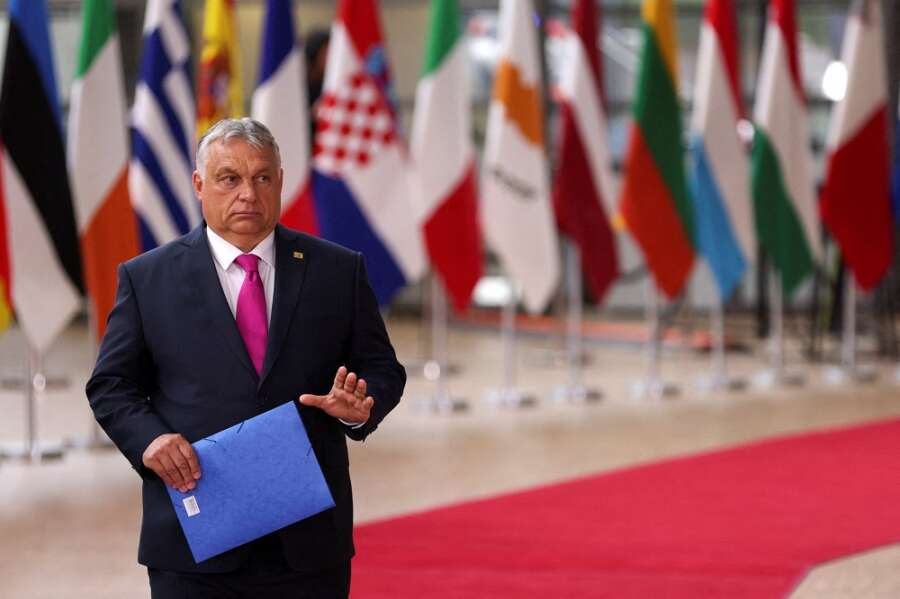 By Krisztina Than and Gabriela Baczynska

BUDAPEST (Reuters) – Hungary will amend by the end of October several laws criticised by the European Commission if an agreement on financial aid is reached with the EU executive, Prime Minister Viktor Orban’s chief of staff said on Tuesday.

The Commission has been withholding its approval for Hungary to draw on money meant to help lift economies from the COVID-19 pandemic, accusing Orban’s government of undermining the rule of law.

Hungary also faces financial penalties from the European Union over the same rule of law issues – including public tender procedures that fall short on anti-corruption safeguards – and had until the end of Monday to address Brussels’ concerns.

Nationalist Orban – locked in many battles with the EU over migration, LGBTQ rights and democratic standards – has come under increased pressure to strike a deal with Brussels as the forint currency hit new lows and inflation keeps surging.

“We have already submitted part of these (legal changes) and made promises for several more law amendments if the deal with the Commission is signed,” Gergely Gulyas told a briefing.

Gulyas said the reply Hungary sent had provided a consensus on all the recommendations of the Commission, and would create a “stricter than ever” and most transparent system for overseeing the use of EU funds and procurement contracts.

“We hope the conditionality procedure can be closed and then the agreement on the recovery funds and then also the seven-year budget can be signed,” Gulyas said.

The Commission confirmed it received Hungary’s response in the so-called conditionality mechanism and now had a month to analyse it.

It declined to offer an early assessment but, should it deem Budapest’s assurances insufficient, it could propose that the other 26 EU member states approve financial penalties against Orban’s government.

This, however, is a separate procedure to approving the disbursement of billions of euros earmarked for Hungary under the COVID-19 economic stimulus, said a Commission spokesman.

While looking at similar matters related to spending controls – including for EU funds that would go to Hungary – there is no automatic link between one decision and another, the spokesman added.