Home Headlines Germany warns its delegation of Egyptian spies at COP27
Editorial & Advertiser disclosure
Our website publishes news, press releases, opinion and advertorials on various financial organizations, products and services which are commissioned from various Companies, Organizations, PR agencies, Bloggers etc. These commissioned articles are commercial in nature. This is not to be considered as financial advice and should be considered only for information purposes. It does not reflect the views or opinion of our website and is not to be considered an endorsement or a recommendation. We cannot guarantee the accuracy or applicability of any information provided with respect to your individual or personal circumstances. Please seek Professional advice from a qualified professional before making any financial decisions. We link to various third-party websites, affiliate sales networks, and to our advertising partners websites. When you view or click on certain links available on our articles, our partners may compensate us for displaying the content to you or make a purchase or fill a form. This will not incur any additional charges to you. To make things simpler for you to identity or distinguish advertised or sponsored articles or links, you may consider all articles or links hosted on our site as a commercial article placement. We will not be responsible for any loss you may suffer as a result of any omission or inaccuracy on the website.
Headlines

Germany warns its delegation of Egyptian spies at COP27 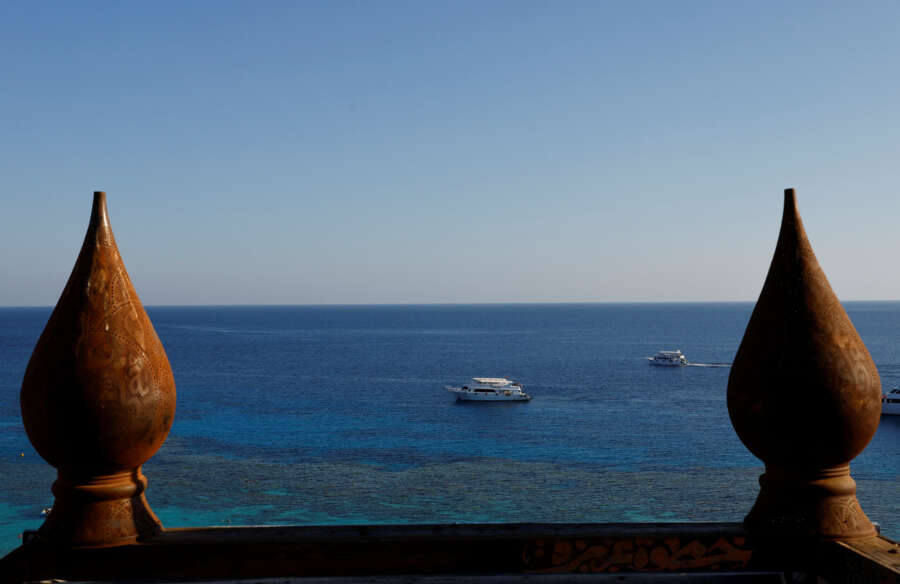 BERLIN (Reuters) – German federal police have warned their nation’s delegation at the COP27 environmental summit in Egypt that its members may be subject to spying by Egyptian security agents, three people with knowledge of the matter said.

In an email sent on Saturday, the police, known in Germany as the BKA, warned delegates of “overt and covert surveillance through photography and videography” by Egyptian agents, said one of the people quoting from the email.

Reuters did not view the email sent by the police. Two other officials in Germany confirmed the existence of the warning, though they declined to elaborate on its specific wording.

There was no immediate response to requests for comment from Egypt’s COP27 presidency or the state information service, which handles relations with foreign media.

A spokesperson for the German police declined to comment.

In the warning, the police said delegates may have their conversations recorded and that people close to the Egyptian state may try to disrupt events organised by the Germans “through provocative actions”, the person quoted the email as saying.

Three German attendees at COP27, from non-governmental organizations and industry, said they had received verbal warnings from other attendees and delegations of possible surveillance.

Two NGO members told Reuters about what they viewed as suspicious activity that took place on occasions in recent days, including being photographed and followed. One was Susann Scherbarth of the German Federation for the Environment and Nature Conservation. The other was with the Climate Action Network but wished to remain unnamed. Reuters was unable to independently confirm their accounts.

An official with Germany’s foreign ministry said it expected participants to “be able to work and negotiate under secure conditions”.

“To this end, we are in continuous exchange with the Egyptian side,” the official said, speaking on condition of anonymity.

On Tuesday, Scholz said he had raised with the COP27 hosts the issue of the jailed hunger striker Alaa Abd el-Fattah, a prominent activist and blogger sentenced to five years on charges of spreading false news.

“A decision needs to be taken, a release has to be made possible, so that it doesn’t come to it that the hunger striker dies,” Scholz told reporters.

(Reporting by Markus Wacket in Berlin and Tom Sims in Frankfurt; Editing by David Evans and Frances Kerry)