Home Headlines French Road Trips You Need to Try
Our website publishes news, press releases, opinion and advertorials on various financial organizations, products and services which are commissioned from various Companies, Organizations, PR agencies, Bloggers etc. These commissioned articles are commercial in nature. This is not to be considered as financial advice and should be considered only for information purposes. It does not reflect the views or opinion of our website and is not to be considered an endorsement or a recommendation. We cannot guarantee the accuracy or applicability of any information provided with respect to your individual or personal circumstances. Please seek Professional advice from a qualified professional before making any financial decisions. We link to various third-party websites, affiliate sales networks, and to our advertising partners websites. When you view or click on certain links available on our articles, our partners may compensate us for displaying the content to you or make a purchase or fill a form. This will not incur any additional charges to you. To make things simpler for you to identity or distinguish advertised or sponsored articles or links, you may consider all articles or links hosted on our site as a commercial article placement. We will not be responsible for any loss you may suffer as a result of any omission or inaccuracy on the website.
Headlines 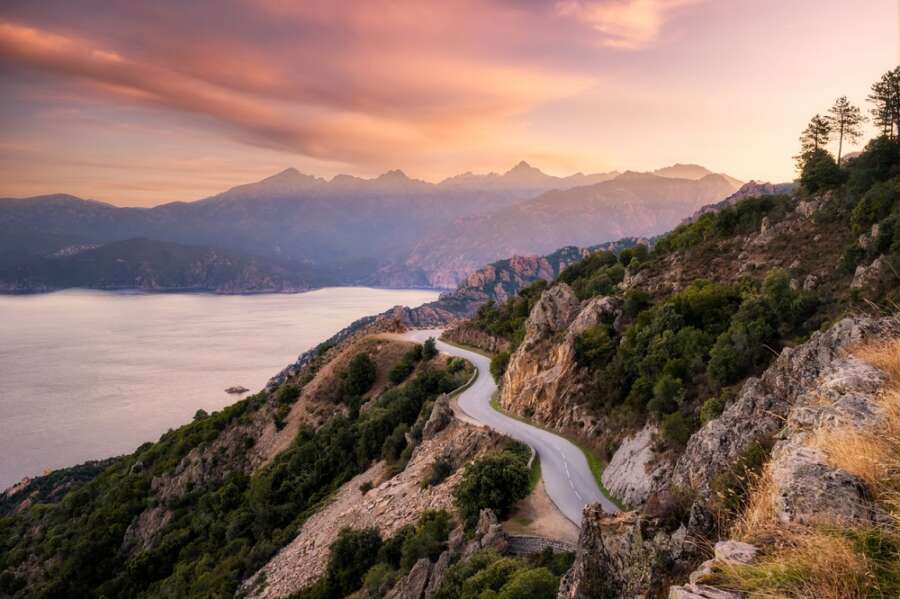 France is a great country to visit by car. It has good infrastructure to support such a trip and using your own vehicle will help you make the most out of the trip by stopping whenever you want to. This means you get to experience local cuisine and hospitality as no tourist could.

This short road trip covering the north wine region of France is much loved by tourists since it looks just as a tourist would imagine the rural parts of France. Half-timbered houses and flowers on windowsills can be found in every village and if you’re there at the right time, you should also visit the local markets.

It’s best to take about two days to visit all the local wineries since there are a lot of them, but the trip will be equally interesting even if you’re not a wine enthusiast. Local Dolder Tower, raised in the 13th century, is the most famous historical landmark in the region.

This region is one that most tourists imagine when they think of the historic French region. It’s the valley of castles that chronicles the long and epic history of France. The area is also famous for its wines and delicious cuisine. It’s not that far from Paris itself, meaning you’ll get around easily.

Make sure to take at least 5 days to take plenty of stops and visit all the castles that are worth seeing. Start with Blois since it’s a castle that was in the making for centuries, with each king adding a wing of their own. The castle is therefore a history lesson on its own.

Alabaster Coast is often visited by WW2 enthusiasts since it’s played a big role in the WW2 history of the region, but it’s also an interesting tour if you’re not that into history. Beautiful white cliffs and the view itself are enough to mesmerize a visitor.

It’s best to dedicate about 3 days to this road trip and to make stops at Cap Fagnet and Fecamp. While in Fecamp you should try the local cuisine that’s mostly based on the seafood caught in front of you.

Normandy Coast is the place to visit if you’re interested in WW2 history since it’s the sight of the D-Day invasion. Local museums make history come to life and it’s well worth your time if you want to experience the beaches stormed by American soldiers yourself.

Caen Memorial Center and the D-Day beaches are the most popular stops on this route and they both provide interactive tours that the kids will love. The exhibitions go beyond D-Day itself and they also cover the Axis occupation and the post-war period.

Mont Saint-Michel is a popular tourist destination and one that many put on their bucket list when it comes to visiting France. The road trip to Bordeaux however, isn’t that popular, and in fact, you could say that it’s somewhat overlooked compared to other trips on our list.

If you’re able you should dedicate 10 days to 2 weeks to this trip in order to pay enough attention to every site. Make sure to experience Château des Ducs de Bretagne, Nantes which is a perfectly restored 15th-century castle. A visit is therefore a trip through time in a way.

The Basque region isn’t that popular and well known with tourists outside France itself. It’s the region south of Bordeaux alongside the Atlantic coast. Many are surprised when visiting this part of the country since it looks more like Spain than France and that’s how it gets its name.

Take a week or so to visit the region as you would with other regions in the south of the country. Use this opportunity to explore and learn about the Basque heritage of the region and get your taste of Spain right here in France.

A Trip Around Dordogne

Dordogne is one of the most popular regions of France and you should take a trip around it so that you get to experience all that it has to offer during a single ride. It’s a region that has all that attracts tourists to France-  wine, food, and historical sites that come to life.

It’s best to make it a seven-day trip in order to take your time and visit every site that’s worth the time. Château de Monbazillac is usually the first stop on everyone’s list since it’s a perfectly restored 16th-century castle that looks as if it came out of a postcard.

A Trip on the East Riviera

This is probably the most well-liked French trip amongst the tourists. The Riviera is picture perfect and it has all the chic and glamor one might expect from the French coast. Nice is the most famous destination on the coast and most tourists take the time to visit Monaco as well.

It should be a five-day long trip, with at least two days spent in Nice and at least a day in Monaco. Les Gorge du Verdon/Lac Sainte Croix is also nearby and it’s one of the most beautiful natural sites in France and the country’s deepest canyon.

A Trip Around Corsica

Most tourists stop their visit to France on the mainland but there’s no reason to overlook the islands as well – and Corsica is the most famous one. A trip can be enough to visit the whole island by traveling alongside its coast.

Make sure to spend at least five days in Corsica and take a boat ride to experience the Cliffs of Bonifacio as they are meant to be seen. There’s also a small medieval town carved right into the rock that you should pay a visit to as well.