Home Headlines Explainer-Why is Bank of England acting again? What next in the UK crisis?
Editorial & Advertiser disclosure
Our website publishes news, press releases, opinion and advertorials on various financial organizations, products and services which are commissioned from various Companies, Organizations, PR agencies, Bloggers etc. These commissioned articles are commercial in nature. This is not to be considered as financial advice and should be considered only for information purposes. It does not reflect the views or opinion of our website and is not to be considered an endorsement or a recommendation. We cannot guarantee the accuracy or applicability of any information provided with respect to your individual or personal circumstances. Please seek Professional advice from a qualified professional before making any financial decisions. We link to various third-party websites, affiliate sales networks, and to our advertising partners websites. When you view or click on certain links available on our articles, our partners may compensate us for displaying the content to you or make a purchase or fill a form. This will not incur any additional charges to you. To make things simpler for you to identity or distinguish advertised or sponsored articles or links, you may consider all articles or links hosted on our site as a commercial article placement. We will not be responsible for any loss you may suffer as a result of any omission or inaccuracy on the website.
Headlines

Explainer-Why is Bank of England acting again? What next in the UK crisis? 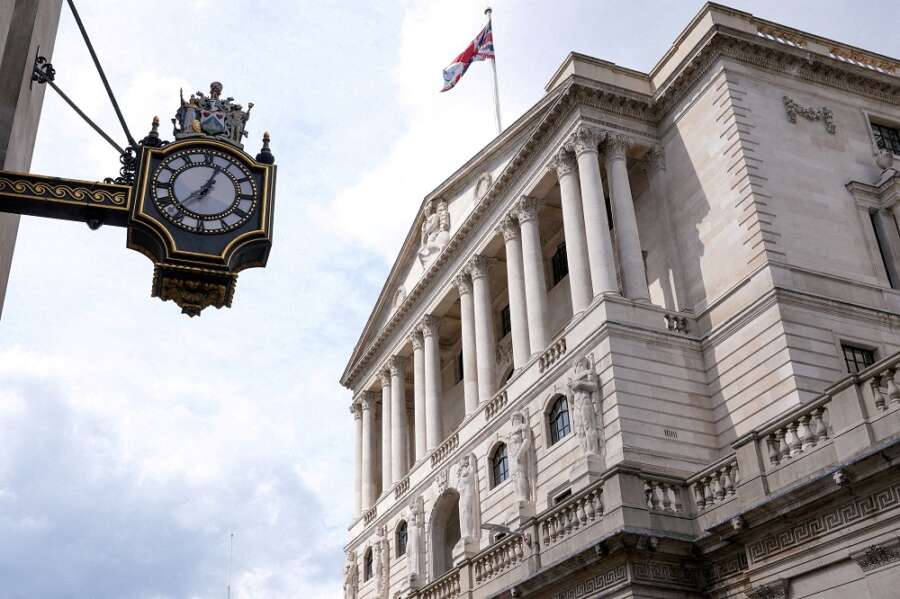 LONDON (Reuters) – Britain’s central bank resorted to buying bonds again on Wednesday in an emergency move to reduce the chaos in financial markets which was triggered last week by the tax and spending plans of new British Prime Minister Liz Truss.

The slump in government bond prices – and the subsequent surge in yields – has threatened to wreak havoc in the country’s pension industry, hurt the housing market and increase the recession risks for the broader economy.

Following is a summary of key questions raised by the upheaval in financial markets.

WHY IS BRITAIN FACING ANOTHER FINANCIAL CRISIS

Investors were already worried about the huge cost of the tax cuts and energy subsidies promised by Truss even before her finance minister Kwasi Kwarteng announced more cuts to taxes last Friday.

Rather than heed Kwarteng’s promises of stronger economic growth, investors took fright at the prospect of higher inflation caused by the tax cuts which they saw as forcing the Bank of England to speed up its interest rate increases.

Sterling slumped, adding to inflation pressure in a country that relies on imports for its fuel, food and other products. Even more worryingly for the BoE, yields on government bonds leapt, especially on long-term debt, threatening to cause problems in Britain’s pensions industry.

WHY IS THE BANK OF ENGLAND BUYING BONDS AGAIN?

By buying bonds, the BoE is seeking to reverse what it sees as “dysfunction” in the bond market. Specifically, the central bank was seeking to address problems facing pension funds, a source familiar with the decision said.

The funds are very sensitive to sudden drops in long-dated bond prices and in extreme market conditions a vicious cycle of forced sales and further price falls can set in.

By temporarily acting as a buyer for the bonds, the BoE aims to prevent panic selling.

But the buying programme is different to the one the BoE launched during the 2020 COVID-19 pandemic, after the Brexit referendum and following the 2008-09 financial crisis, as it is only designed to be very short term.

WHAT CAN TRUSS AND KWARTENG DO NOW?

Truss promised to smash the economic “orthodoxy” in her bid to become leader of the Conservative Party and Kwarteng’s tax cut announcements last week represented a doubling down on the pledges she made during the campaign.

After the shock reaction of markets, some investors have said the only way the new government can regain their confidence is by reversing the tax cut plan, something Truss and Kwarteng have shown no sign of doing.

Instead, Downing Street says there will be more announcements of reforms to improve the growth potential of Britain’s economy – which are likely to involve attempts at cutting back planning rules, changes to the immigration system and more investment in training and infrastructure.

WHAT DOES ALL THIS MEAN FOR THE HOUSING MARKET?

Mortgage lenders have scrambled to keep up with wild swings in the sterling funding markets that determine what mortgage rates they offer to homeowners.

Some lenders temporarily stopped issuing mortgages to new customers and others ramped up repayment rates for new loans to levels likely to stretch millions of existing homeowners and make new mortgages unaffordable for many others.

Mortgage deals for new customers now feature rates at around 5%-6% – a steep increase from the norm of around 2% for the last five years which is prompting rising concern of a collapse in the property market further down the line.

WHAT IS UP, OR DOWN, WITH THE POUND?

Sterling regained some ground against the U.S. dollar on Wednesday, having fallen sharply after the BoE’s announcement, but it is still down about 6% since the start of September, roughly twice as much as the euro.

That means Britain will face more currency-induced inflation pressure than its European peers at a time when its inflation rate is the highest among the big Group of Seven economies. Investors are betting that the BoE pushes up interest rates to almost 6% by May, much higher than their current 2.25% level.

Many exporters have failed to see much of a boost from previous weakness in the currency as they often have to buy raw material and components from abroad. A weaker pound could boost Britain’s tourism industry but will make it more expensive for Britons to travel abroad.