Home Headlines Explainer-Europe’s fiercely contested plan to cap gas prices
Editorial & Advertiser disclosure
Our website publishes news, press releases, opinion and advertorials on various financial organizations, products and services which are commissioned from various Companies, Organizations, PR agencies, Bloggers etc. These commissioned articles are commercial in nature. This is not to be considered as financial advice and should be considered only for information purposes. It does not reflect the views or opinion of our website and is not to be considered an endorsement or a recommendation. We cannot guarantee the accuracy or applicability of any information provided with respect to your individual or personal circumstances. Please seek Professional advice from a qualified professional before making any financial decisions. We link to various third-party websites, affiliate sales networks, and to our advertising partners websites. When you view or click on certain links available on our articles, our partners may compensate us for displaying the content to you or make a purchase or fill a form. This will not incur any additional charges to you. To make things simpler for you to identity or distinguish advertised or sponsored articles or links, you may consider all articles or links hosted on our site as a commercial article placement. We will not be responsible for any loss you may suffer as a result of any omission or inaccuracy on the website.
Headlines 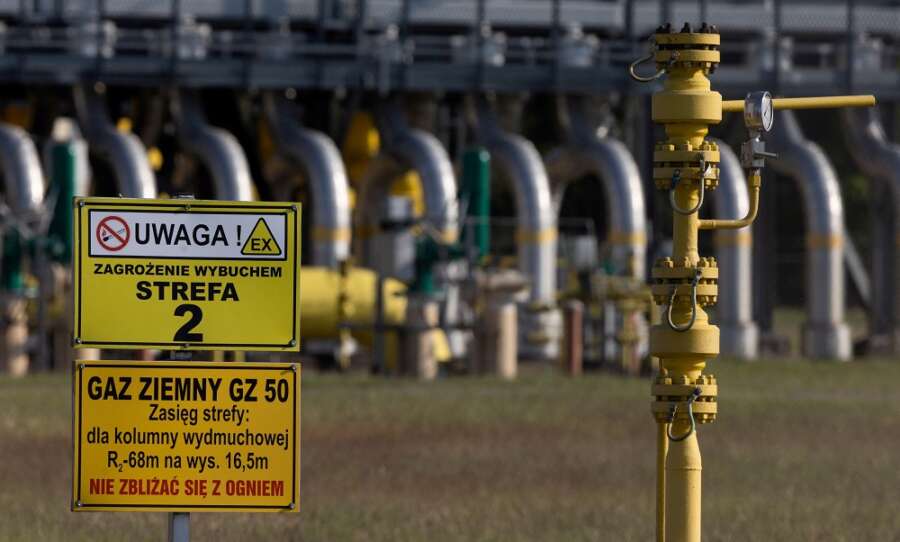 (Reuters) – A proposed cap on gas prices has divided European Union countries for months, as countries have argued about how high it should be set and whether the measure could hinder rather than help Europe’s efforts to cope with an energy crisis.

The aim is to shield European households and businesses from the kind of gas price spikes experienced this year, after Russia stopped the majority of gas deliveries to Europe following its invasion of Ukraine in February.

Energy prices in Europe have led to the highest inflation in decades, hiked bills for households and forced some industries to close.

But the EU’s 27 member countries are split over the proposed gas price cap measure. Countries’ energy ministers meet on Tuesday in the latest attempt to reach agreement.

Here’s what you need to know.

To try to limit the impact of high gas prices on their economies, around 15 EU countries have called for a Europe-wide gas price cap.

European gas prices remain relatively high, although they have eased in recent months as the EU has agreed some emergency measures, including obligations to fill gas storage.

The front-month contract on the Dutch Title Transfer Facility (TTF) gas hub, which acts as the European benchmark, was trading around 140 euros per megawatt hour (MWh) on Wednesday.

That compares with around 95 euros/MWh a year ago and around 14 euros/MWh two years ago. The price spiked to record highs of above 340 euros/MWh in August.

HOW WOULD THE EU CAP WORK?

The European Commission proposed on Nov. 22 a cap that would kick in if the front-month TTF contract exceeds 275 euros/MWh for two weeks and is also 58 euros higher than a Liquefied Natural Gas (LNG) reference price for 10 consecutive trading days.

If these conditions are met any trades above the cap level would not be accepted. The Commission could immediately suspend the cap if it had negative consequences, including risks to Europe’s gas supply.

It would not affect private gas trades outside energy exchanges, which the Commission said were a safety valve for critical deliveries and were unlikely to take over any major share of trade.

WHAT DO EU COUNTRIES THINK?

EU countries widely criticised Brussels’ proposal, reflecting long-held divisions between nations over whether to cap prices at all.

Belgium, Greece, Italy, Poland and other countries that want a cap said the proposed level was too high and the conditions to apply the cap were so strict it would never be triggered – with some calling the proposal a joke.

EU countries are considering a revised version of the EU proposal, which would lower the cap to 200-220 eur/MWh and 35 eur/MWh above the LNG reference price, and make it easier to trigger – requiring three to five days at that level, versus the 10 originally proposed.

But Europe’s biggest gas buyer Germany, as well as the Netherlands and Denmark are opposed to price caps. They say capping prices will disrupt the normal functioning of Europe’s energy market and make it harder to attract fuel, if gas suppliers divert cargoes to regions where prices are higher than the EU’s capped level.

WHAT DO GAS MARKET PARTICIPANTS THINK?

Market actors including the Intercontinental Exchange (ICE), which hosts gas TTF trading, have warned the Commission not to go ahead with its proposal.

In a memo sent to the Commission, seen by Reuters, ICE said the proposal could drive up gas prices because liquidity providers were likely to stop selling TTF gas futures if prices climbed even near to the cap level, and that the resulting shortage of sellers would drive prices higher.

The European Central Bank said last week that the EU proposal could jeopardise financial stability and potentially cause utilities to move to more risky private trading to avoid the cap – concerns also raised by the Association of European Energy Exchanges.

The price cap is designed to be a temporary fix that would apply from Jan. 1 for one year.

As a longer-term solution, the Commission wants to form a new LNG price benchmark in Europe, and has asked EU energy regulators to launch one by the end of March.

Historically, the gas price at the TTF hub has been used as a benchmark for LNG deliveries into Europe. But the major reduction of Russian gas supplies this year has made the TTF price extremely volatile, and often more expensive than LNG prices in other regions.

Brussels says a new index is needed since the TTF is guided by pipeline supply and no longer represents a market that includes more LNG, as Europe has increased its use this year to replace Russian pipeline gas.

The benchmark’s success would depend on whether the gas industry uses it.

(Reporting by Susanna Twidale in London, Kate Abnett and Gabriela Baczynska in Brussels; Editing by Barbara Lewis and Jane Merriman)