Home Headlines Exclusive-Allianz in talks with banks for China asset management venture -sources
Editorial & Advertiser disclosure
Our website publishes news, press releases, opinion and advertorials on various financial organizations, products and services which are commissioned from various Companies, Organizations, PR agencies, Bloggers etc. These commissioned articles are commercial in nature. This is not to be considered as financial advice and should be considered only for information purposes. It does not reflect the views or opinion of our website and is not to be considered an endorsement or a recommendation. We cannot guarantee the accuracy or applicability of any information provided with respect to your individual or personal circumstances. Please seek Professional advice from a qualified professional before making any financial decisions. We link to various third-party websites, affiliate sales networks, and to our advertising partners websites. When you view or click on certain links available on our articles, our partners may compensate us for displaying the content to you or make a purchase or fill a form. This will not incur any additional charges to you. To make things simpler for you to identity or distinguish advertised or sponsored articles or links, you may consider all articles or links hosted on our site as a commercial article placement. We will not be responsible for any loss you may suffer as a result of any omission or inaccuracy on the website.
Headlines 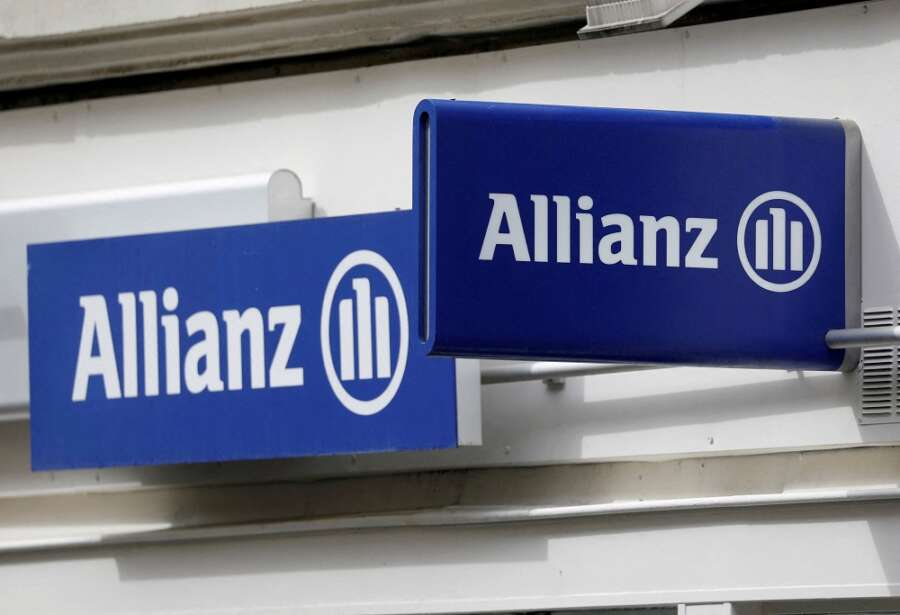 By Samuel Shen and Selena Li

HONG KONG (Reuters) – Allianz SE is in talks with Chinese banks to set up a majority-owned asset management venture in the world’s second-largest economy, two people with direct knowledge of the matter said, aiming to tap a $4.3 trillion market for wealth products.

The German insurer’s main asset management arm, Allianz Global Investors (AllianzGI), has been holding discussions over the past few months with Industrial Bank and China CITIC Bank, among other lenders, the people said.

After China in 2019 allowed foreign companies to set up majority-owned wealth management joint ventures with local banks’ wealth units, BlackRock, as well as units of Goldman Sachs and Barclays have found or are working to find local partners to foray into this business.

The rush, however, has led to doubts whether there are enough suitable local partners for the asset managers to team up with.

“The competition to win over a local bank intensified this year as not many large banks are left for foreign firms to grab,” said one of the people, adding that at least one more foreign asset manager is also in joint venture talks with CITIC Bank.

AllianzGI said it is committed to the China market but declined to comment on specific plans.

Both the sources declined to be named as they were not authorised to speak to the media.

A news department official at Industrial Bank said he’s not aware of the talks. Citic Bank could not be reached immediately for comment.

Allianz’s China expansion plan comes against the backdrop of a stuttering Chinese economy that narrowly avoided contracting in the second quarter. Widespread COVID-19 lockdowns and a property crisis took a heavy toll on consumer and business confidence in the country, hurting wealth creation.

Western asset managers, however, are betting on the long-term growth prospects of China’s financial sector.

AllianzGI, which has 578 billion euros ($574.5 billion) in assets under management, is also pressing ahead with a separate plan to form a fully owned fund management business in China, said the two people.

It has hired Mckinsey & Company for feasibility studies for this project, one of the sources said.

China’s fund management market is worth $3.7 trillion, according to official data.

The insurer currently has 49% stake in a fund management joint venture with a unit of China Pacific Insurance. One of the sources said its plan to set up a separate wholly owned business comes after its failure to buy out the partner.

(Reporting by Samuel Shen in Shanghai and Selena Li in Hong Kong; Editing by Sumeet Chatterjee and Muralikumar Anantharaman)

New Research from impact.com Shows Shifting Power Dynamic that Puts Influencers at the Centre of the Brand-Consumer Relationship