Home Headlines European stocks rally for fifth day as defensives, miners climb
Editorial & Advertiser disclosure
Our website publishes news, press releases, opinion and advertorials on various financial organizations, products and services which are commissioned from various Companies, Organizations, PR agencies, Bloggers etc. These commissioned articles are commercial in nature. This is not to be considered as financial advice and should be considered only for information purposes. It does not reflect the views or opinion of our website and is not to be considered an endorsement or a recommendation. We cannot guarantee the accuracy or applicability of any information provided with respect to your individual or personal circumstances. Please seek Professional advice from a qualified professional before making any financial decisions. We link to various third-party websites, affiliate sales networks, and to our advertising partners websites. When you view or click on certain links available on our articles, our partners may compensate us for displaying the content to you or make a purchase or fill a form. This will not incur any additional charges to you. To make things simpler for you to identity or distinguish advertised or sponsored articles or links, you may consider all articles or links hosted on our site as a commercial article placement. We will not be responsible for any loss you may suffer as a result of any omission or inaccuracy on the website.
Headlines 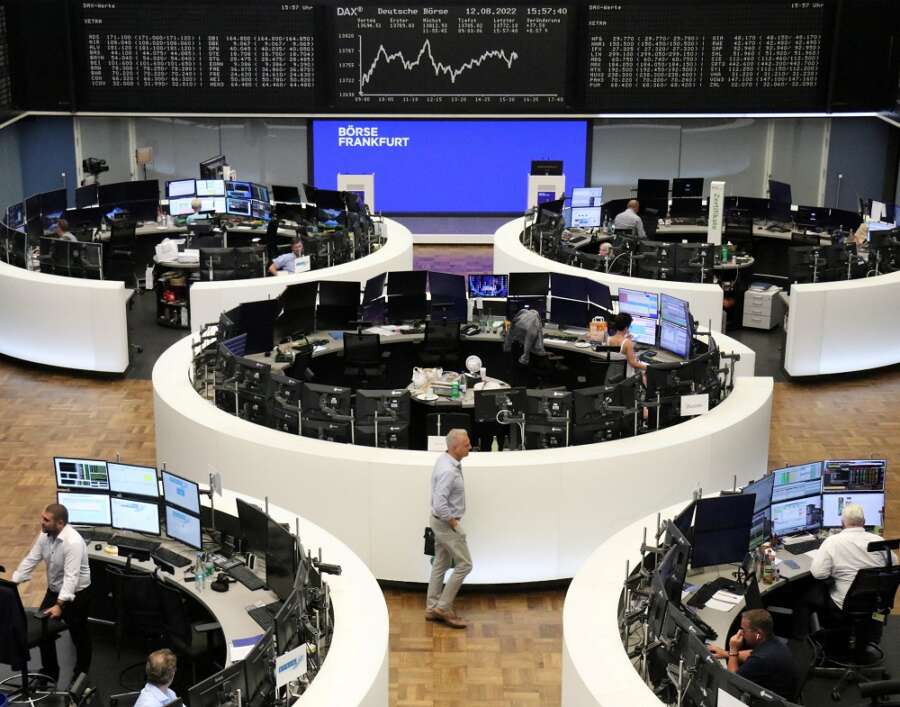 The continent-wide STOXX 600 index rose 0.4%, hitting a fresh 10-week high after recouping much of its June losses this week.

“A lot of this (rally) is running on technicals and momentum, but the fundamentals haven’t changed,” said Seema Shah, chief strategist at Principal Global Investors.

“The economic outlook for Europe is very negative. As we start to see recession come through and some of the hard economic data begins to deteriorate, that’s when you could see European equities deteriorate.”

A survey on German economic sentiment during early August is due at 0900 GMT.

European stocks have held near recent peaks this week, despite weak data out of China and the United States as well as concerns around gas supply disruptions in Germany.

Russia’s Gazprom has cut gas flows to Germany through the Nord Stream 1 pipeline to 20% of capacity, driving fears of a severe shortage in the winter season.

Among other stocks, Delivery Hero climbed 9.9% after the German online takeaway food company forecast a 7% growth on the quarter in its third-quarter gross merchandise value (GMV).

Sonova plunged 14% after the hearing aid maker lowered its full-year earnings forecast, citing a slower-than-expected development in some important markets and higher component and freight costs.

(Reporting by Sruthi Shankar in Bengaluru; Editing by Sherry Jacob-Phillips and Sriraj Kalluvila)