Home Technology European Data Centres are set for a new explosive period of growth – with Spain the market to challenge the established Data Centre Metros markets among the Top 10 Trends
Our website publishes news, press releases, opinion and advertorials on various financial organizations, products and services which are commissioned from various Companies, Organizations, PR agencies, Bloggers etc. These commissioned articles are commercial in nature. This is not to be considered as financial advice and should be considered only for information purposes. It does not reflect the views or opinion of our website and is not to be considered an endorsement or a recommendation. We cannot guarantee the accuracy or applicability of any information provided with respect to your individual or personal circumstances. Please seek Professional advice from a qualified professional before making any financial decisions. We link to various third-party websites, affiliate sales networks, and to our advertising partners websites. When you view or click on certain links available on our articles, our partners may compensate us for displaying the content to you or make a purchase or fill a form. This will not incur any additional charges to you. To make things simpler for you to identity or distinguish advertised or sponsored articles or links, you may consider all articles or links hosted on our site as a commercial article placement. We will not be responsible for any loss you may suffer as a result of any omission or inaccuracy on the website.
Technology 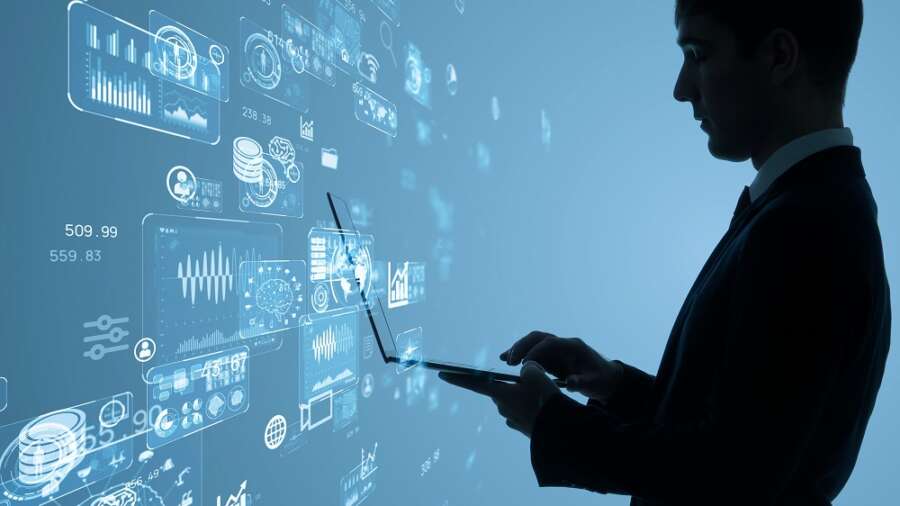 London – Datacenter Pricing, the specialists in worldwide Data Centre research, has launched a new report identifying the Top 10 Trends in the European third-party Data Centre market. The new research highlights the rapid increase in Data Centre capacity and revenues taking place in the aftermath of the Covid-19 pandemic.

The key findings are:

1. The largest markets remain as the UK, Germany, the Netherlands and France: The largest Data Centre markets are buoyed by having the largest so-called FLAP Metro Markets (including Frankfurt, London/Slough, Amsterdam and Paris) which account from 50% up to 75% of Data Centre capacity in each country market.

3. New Hyperscale Data Centres are being introduced that will transform the Tier II Metro Markets: New large campus Data Centres are being introduced into Metro Markets in the cities of Barcelona, Berlin, Madrid, Milan, Warsaw and Zurich – with Data4 Group introducing a 50 MW campus in Warsaw, Merlin Properties introducing a 20 MW facility (scalable up to 100 MW) in Barcelona and Vantage Data Centers launching a 40 MW facility at Winterthur near Zurich.

4. Data Centre supply is being boosted by new Private Equity investment: New Data Centre projects across the EMEA region are being promoted by private equity funds, attracted to previously “under-served” markets including Poland, Spain, Portugal, South Africa and Italy – where Cloud & Hyperscale investment is still at early stage – but where the gains to the first Data Centre mover may be significant.

5. European Data Centre revenues are forecast to increase by more than 60% over the 4-year period to 2026: The growth in revenues comes from a mix of growth in new Data Centre capacity, higher utilisation levels and a moderate increase in rental pricing – along with annual price escalators and recent power price increases.

6. The impact of the demand for Data Centre Power is creating serious environmental concerns: The amount of Data Centre Power required for new Hyperscale facilities is becoming a serious concern. In Offenbach, near Frankfurt, the introduction of the proposed CloudHQ Hyperscale Datacenter alone will consume as much power as the entire Offenbach region. And in Dublin Data Centres are forecast to account for up to 27% of all power grid consumption with Irish national grid operator Eirgrid imposing a moratorium on new Dublin Data Centre power connectivity from January 2022 until 2028.

7. Spain is the Data Centre market (dominated by the Madrid Metro) which will start to challenge the established Metro markets. Spain, outside the traditional FLAP (Frankfurt, London, Amsterdam & Paris) Data Centre markets, is forecast by Datacentrepricing to have the third highest number of new Data Centre projects in Europe after the UK and Germany. The Spanish market currently has 17 x third-party Data Centre projects under construction – with facilities being developed in the Madrid area – followed by Barcelona and other individual cities.


Finally, the new report highlights the advantages of the Nordics region as a location for power hungry applications – with abundant low-cost renewable energy available addressing environmental concerns using free cooling in a cool climate providing a reduced PUE (Power Usage Effectiveness) ratio than for the other traditional Metro Markets.

Russian inflation accelerates to 7.61% m/m in March, highest since 1999