Home Headlines EU makes plans to tackle energy price spikes, any Russian gas cut-off
Our website publishes news, press releases, opinion and advertorials on various financial organizations, products and services which are commissioned from various Companies, Organizations, PR agencies, Bloggers etc. These commissioned articles are commercial in nature. This is not to be considered as financial advice and should be considered only for information purposes. It does not reflect the views or opinion of our website and is not to be considered an endorsement or a recommendation. We cannot guarantee the accuracy or applicability of any information provided with respect to your individual or personal circumstances. Please seek Professional advice from a qualified professional before making any financial decisions. We link to various third-party websites, affiliate sales networks, and to our advertising partners websites. When you view or click on certain links available on our articles, our partners may compensate us for displaying the content to you or make a purchase or fill a form. This will not incur any additional charges to you. To make things simpler for you to identity or distinguish advertised or sponsored articles or links, you may consider all articles or links hosted on our site as a commercial article placement. We will not be responsible for any loss you may suffer as a result of any omission or inaccuracy on the website.
Headlines 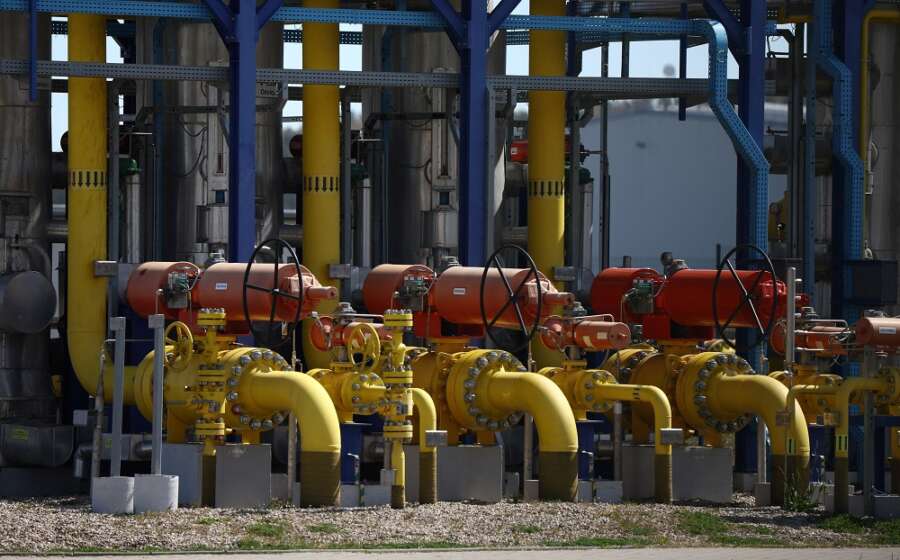 BRUSSELS (Reuters) – The European Union can limit the impact of high energy prices through joint gas purchases, potential use of windfall profits and a possible price cap if Russia cut gas supplies, the European Commission said on Wednesday.

The European Union executive has presented its “REPowerEU” plan to end the bloc’s dependence on Russian fossil fuels and accelerate use of renewable energy, but has also set out short-term options designed to limit harm to consumers.

The Commission said energy prices were likely to remain high for the next three years, particularly so for the rest of 2022.

A number of the European Union’s 27 members have taken steps to reduce energy bills and the Commission said it would allow certain measures through next winter, when energy demand surges.

These include regulations to limit prices for end-consumers, possible liquidity support for traders and energy companies and joint EU gas buying, designed to ensure competitive prices.

For electricity, EU members could use windfall profits of power generators to support consumers, extend regulated retail prices for smaller companies and introduce fuel subsidies in regions with limited interconnections.

If Russia cuts gas supply to the EU, the Commission would seek to coordinate a reduction of demand, including less affected members lowering their gas demand for the benefit of more affected EU countries.

It might also introduce an “administrative cap” on the gas price, limited to the duration of the emergency, a move that would require new legislation.

The Commission said it will seek endorsement of its proposals by EU governments, call on them to accelerate their preparations in case of reduced Russian gas supply and will look into adjusting the electricity market.

Analysis-East Europeans count their pennies for Christmas as...