Home Headlines EU leaders to discuss next steps on energy, Ukraine
Our website publishes news, press releases, opinion and advertorials on various financial organizations, products and services which are commissioned from various Companies, Organizations, PR agencies, Bloggers etc. These commissioned articles are commercial in nature. This is not to be considered as financial advice and should be considered only for information purposes. It does not reflect the views or opinion of our website and is not to be considered an endorsement or a recommendation. We cannot guarantee the accuracy or applicability of any information provided with respect to your individual or personal circumstances. Please seek Professional advice from a qualified professional before making any financial decisions. We link to various third-party websites, affiliate sales networks, and to our advertising partners websites. When you view or click on certain links available on our articles, our partners may compensate us for displaying the content to you or make a purchase or fill a form. This will not incur any additional charges to you. To make things simpler for you to identity or distinguish advertised or sponsored articles or links, you may consider all articles or links hosted on our site as a commercial article placement. We will not be responsible for any loss you may suffer as a result of any omission or inaccuracy on the website.
Headlines

EU leaders to discuss next steps on energy, Ukraine 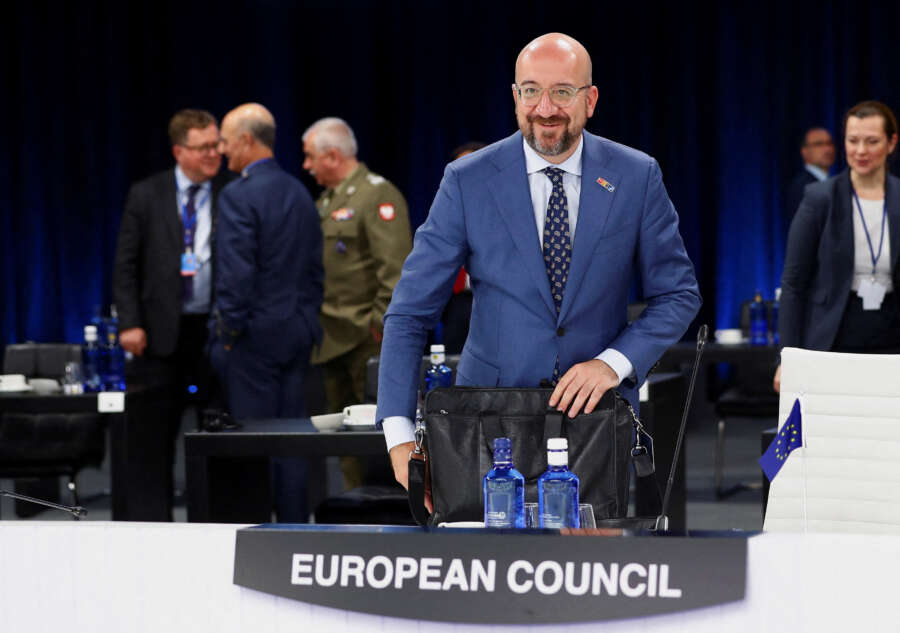 BRUSSELS (Reuters) – EU country leaders will discuss how to step up support for Ukraine and their joint next steps to tame soaring energy prices when they meet on Friday.

In a meeting invitation letter to EU leaders published on Sunday, European Council President Charles Michel called for a firm EU response to recent developments, including Russia declaring the annexation of four regions of Ukraine on Friday.

“At our meeting we will discuss how to continue providing strong economic, military, political and financial support to Ukraine for as long as it takes,” said Michel, who chairs meetings of EU country leaders.

Russia’s proclaimed annexation came after Moscow held what it called referendums in occupied areas of Ukraine. Western governments and Kyiv said the votes breached international law and were coercive and non-representative.

The EU leaders’ gathering in Prague will also produce guidance to Brussels on the next steps the EU should take to address soaring energy prices, Michel said.

“Our primary objective is to ensure that we guarantee security of supply and affordable energy for our households and businesses, particularly as the winter cold approaches,” he said.

But states are divided over what to do next – with many calling for an EU-wide cap on gas prices, but others, including Europe’s economic powerhouse Germany, opposed.

Leaders will also discuss on Friday how to protect their critical infrastructure. Unexplained ruptures last week in the Nord Stream pipelines in the Baltic sea, designed to bring gas from Russia to Europe, have promtped some countries to send in the military to secure potentially vulnerable energy systems.

UK cabinet was not informed of plans to scrap top rate of tax, Truss says