Home Headlines End of cheap money for U.S. farmers plows trouble into food production
Our website publishes news, press releases, opinion and advertorials on various financial organizations, products and services which are commissioned from various Companies, Organizations, PR agencies, Bloggers etc. These commissioned articles are commercial in nature. This is not to be considered as financial advice and should be considered only for information purposes. It does not reflect the views or opinion of our website and is not to be considered an endorsement or a recommendation. We cannot guarantee the accuracy or applicability of any information provided with respect to your individual or personal circumstances. Please seek Professional advice from a qualified professional before making any financial decisions. We link to various third-party websites, affiliate sales networks, and to our advertising partners websites. When you view or click on certain links available on our articles, our partners may compensate us for displaying the content to you or make a purchase or fill a form. This will not incur any additional charges to you. To make things simpler for you to identity or distinguish advertised or sponsored articles or links, you may consider all articles or links hosted on our site as a commercial article placement. We will not be responsible for any loss you may suffer as a result of any omission or inaccuracy on the website.
Headlines 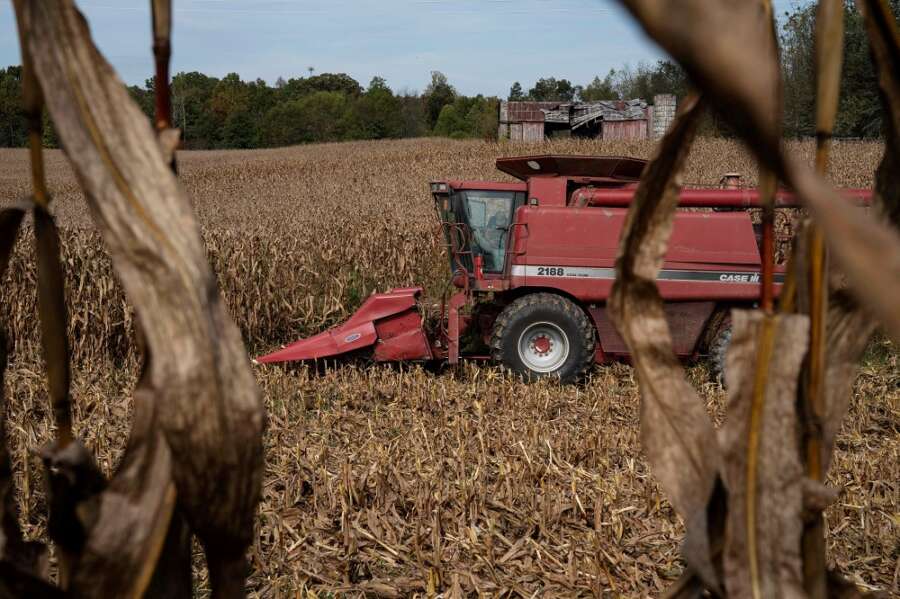 By P.J. Huffstutter and Bianca Flowers

CHICAGO (Reuters) – Montana farmer Sarah Degn had big plans to invest the healthy profits she gleaned for her soybeans and wheat this year into upgrading her planter or buying a new storage bin.

But those plans have gone by the wayside. Everything Degn needs to farm is more expensive – and for the first time in her five-year career, so is the interest rate on the short-term debt she and nearly every other U.S. farmer relies upon to grow their crops and raise their livestock.

“We might have made more money this year, but we spent just as much as we made,” said Degn, a fourth-generation farmer in Sidney, Montana. The interest rate on her operating note doubled this year and will be higher in 2023. “We can’t get ahead.”

Most U.S. farmers depend on short-term, variable-rate loans they take out after fall harvest and before spring planting to pay for everything from seeds and fertilizer to livestock and machinery.

Farmers repay these loans after harvest with cash from their crops before repeating the process. Often, farmers seek to secure loans by year-end or early January to take advantage of suppliers’ early-pay discounts and to ensure they won’t be caught short as global supplies of fertilizers and chemicals remain tight.

Now, producers are wrestling with how to pay for that debt as interest rates rise headed into the next planting season, according to interviews with two dozen farmers and bankers, as well as data from the U.S. Department of Agriculture and the Kansas City Federal Reserve.

This rising cost of credit is straining some producers’ liquidity and prompting them to look at reducing fertilizer or chemical use, or plant fewer seeds next spring. That, in turn, could reduce crop yields, and place upward pressure on the cost of producing that food.

All this comes as crop prices and global demand are strong. U.S. grain and oilseed producers reaped a boon this year when crop prices hit decade- or all-time highs, as the conflict in Ukraine disrupted grain exports from the Black Sea region.

But that financial windfall came as widespread drought hobbled crops in the U.S. Plains and caused cattle slaughter rates in Texas to soar. Fertilizer and fuel costs have risen, as have farmland prices and cash rents.

“[Farming] is a highly leveraged business, so about everything is financed,” said Casey Seymour, who manages a farm equipment dealership in Scottsbluff, Nebraska and runs the Moving Iron podcast. “There’s a lot of money out there being paid in interest.”

The U.S. farm sector’s total interest expense – the cost of debt carried – is forecast to hit $26.45 billion this year, nearly 32% higher than last year and the highest since 1990, when adjusted for inflation, according to USDA data.

That sum is double or more the amount incurred by other U.S. industries, including the retail and pharmaceutical products sectors, where interest expense historically has been similar or higher, according to U.S. Census Bureau data. 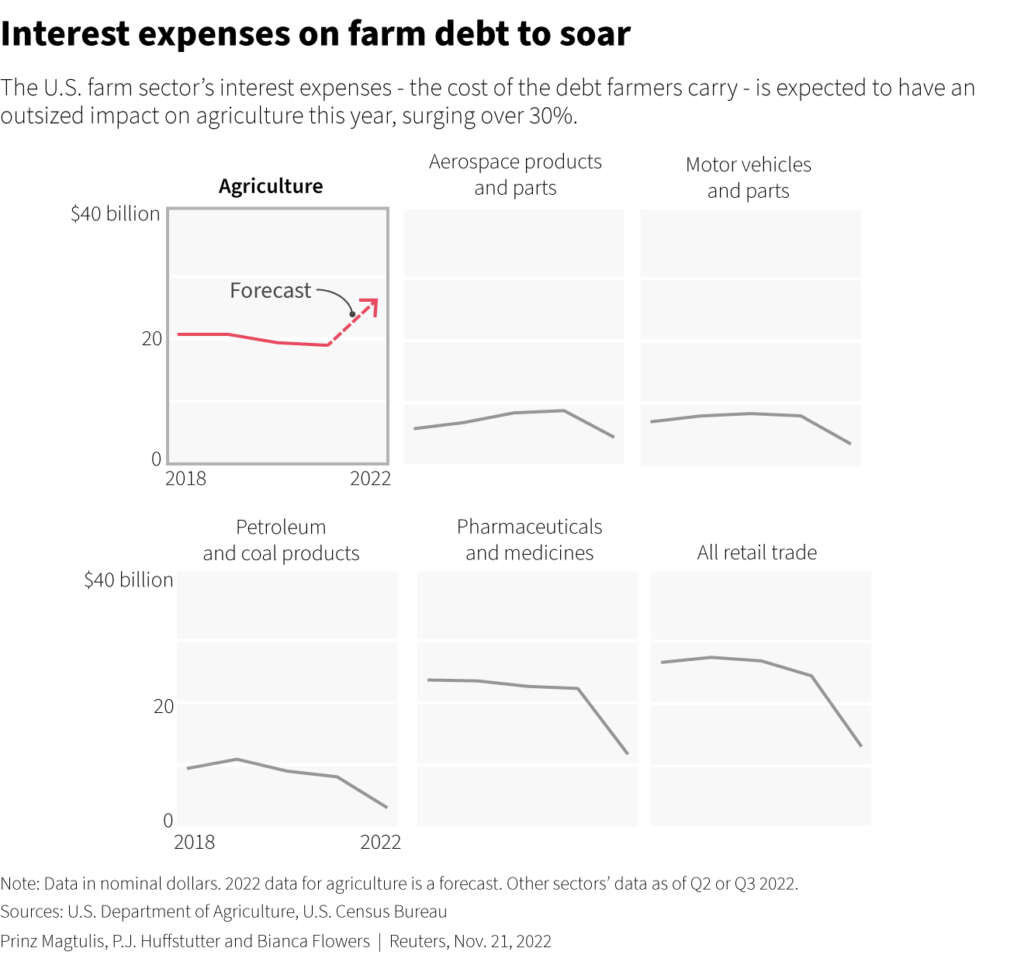 Farmers are taking on bigger loans due to higher costs, despite the financial burden it puts on their operations.

The average size of bank loans for operating a farm has surged to a near five-decade high in outright dollar terms, according to Kansas City Fed data. The average interest rates of such loans are the highest since 2019, the data shows.

Most farm operating loans tend to be variable, rather than fixed. Variable-rate financing carries lower rates than fixed-rate financing, but exposes borrowers to the risk of higher costs if rates go up.

In agriculture, the pinch is already here: The average interest rate of all farm operating loans is 4.93%, according to the latest Kansas City Fed data.

Many farmers are paying more. Ohio corn and soybean farmer Chris Gibbs signed up for a $70,000 operating loan on May 1 with a 3.3% variable interest rate with his local lender at the Farm Credit System, a government-sponsored enterprise.

Rising fertilizer and chemical prices forced him to borrow more to cover those expenses, even as Farm Credit continued to increase costs each time the Fed hiked rates. Now, his interest rate is 7.35%, and he expects it could reach 8% by yearâ€™s end â€“ a 142% increase in eight months.

Gibbs raced to pay off the bulk of his loan by liquidating his crop, rather than store it and sell for potentially higher prices next summer. Machinery purchases are on hold, and he’s trying to pay for inputs with cash.

“I have the highest gross value for my crop in my history of farming,” said Gibbs, 64. “If I didn’t, I would have difficult decisions to make and looking at what I can sell.” 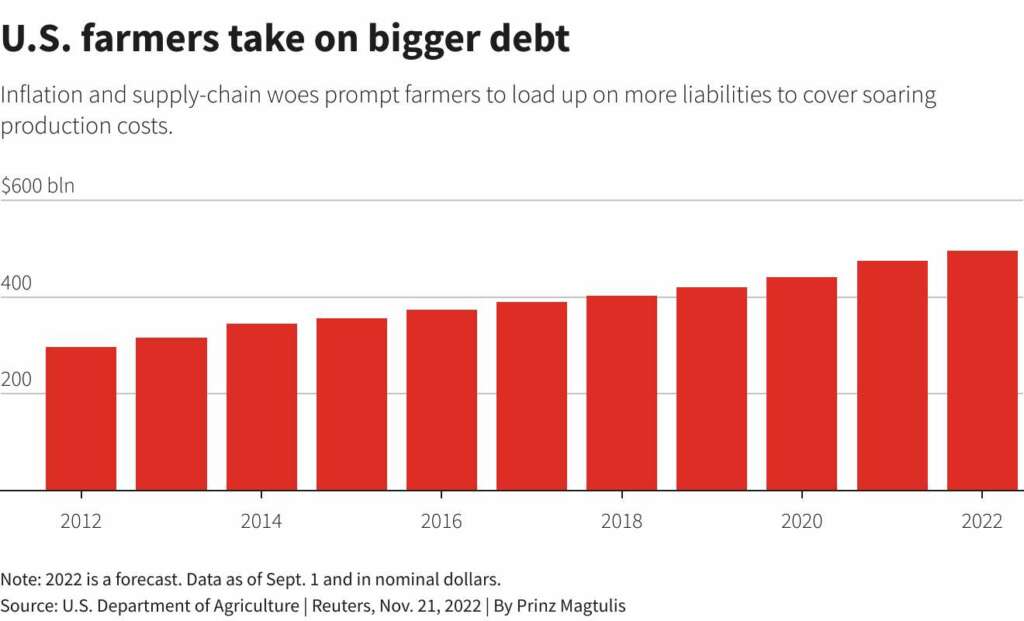 The financial hit is being felt on equipment dealers’ lots, where farmers are forgoing buying equipment on credit, according to interviews with four dealers.

Dealers said they are seeing banks tightening underwriting standards, which can be a hurdle for newer and smaller farm operators seeking capital to purchase equipment.

“It’s easier to get financing when interest rates are cheap because [banks] are willing to take more risk,” said a CNH Industrial dealer representative, who declined to be named.

Authorized dealers from equipment manufacturers Deere & Co., AGCO, and CNH Industrial told Reuters that financing rates that the machinery manufacturers themselves offer also have more than doubled in six months.

Farm equipment machinery loans currently have interest rates up to 7.65% at Deere, 7.8% at CNH Industrial, 8.14% at AGCO and 8.25% at Ag Direct, according to industry sources. The industry average nationwide is 5.86%, according to Kansas City Fed data. 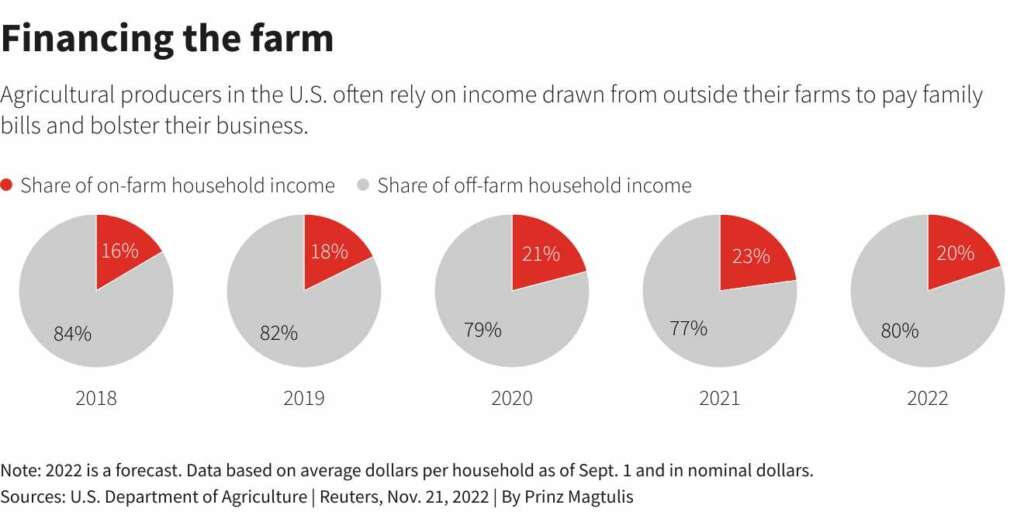 (Reporting By P.J. Huffstutter and Bianca Flowers in Chicago; Editing by Andrea Ricci)

Zoom shares down 90% from peak as pandemic boom fades