Home Business Don’t cut ad spend, just make sure it’s effective
Our website publishes news, press releases, opinion and advertorials on various financial organizations, products and services which are commissioned from various Companies, Organizations, PR agencies, Bloggers etc. These commissioned articles are commercial in nature. This is not to be considered as financial advice and should be considered only for information purposes. It does not reflect the views or opinion of our website and is not to be considered an endorsement or a recommendation. We cannot guarantee the accuracy or applicability of any information provided with respect to your individual or personal circumstances. Please seek Professional advice from a qualified professional before making any financial decisions. We link to various third-party websites, affiliate sales networks, and to our advertising partners websites. When you view or click on certain links available on our articles, our partners may compensate us for displaying the content to you or make a purchase or fill a form. This will not incur any additional charges to you. To make things simpler for you to identity or distinguish advertised or sponsored articles or links, you may consider all articles or links hosted on our site as a commercial article placement. We will not be responsible for any loss you may suffer as a result of any omission or inaccuracy on the website.
Business 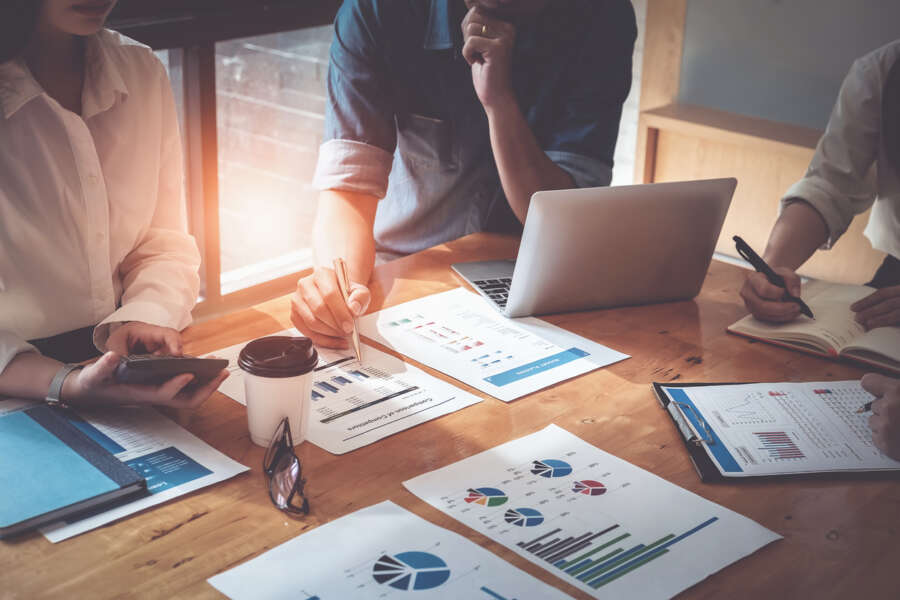 New figures show retail is feeling the effects of the cost of living crisis, but a knee-jerk cut to advertising budgets would be wrong. The solution? Measure your success effectively, says CvE’s Aidan Mark

Retailers are feeling the pinch as shoppers spend less because of the cost of living crisis, so now is the time to hone their marketing strategy and make sure they’re accurately measuring its effects.

Latest figures from the Office for National Statistics show a 0.5% drop in spending last month, with a 1.6% decrease in food sales. But cutting marketing budgets, as suggested by the new cost-of-living tsar David Buttress, is short-sighted. It is well documented that effective advertisers often invest through a recession in order to create excess share of voice at lower than normal costs. But the measurement approach that enables and turbo charges an effective media mix are less well known.

Here’s how to do it…

If you have on and offline sales channels, don’t rely on digital metrics alone

This is one of the most common pitfalls I see when businesses are trying to judge how well their advertising is working. Some audience behaviours are easy to measure, they tend to be online behaviours. Whereas offline behaviour is always much harder to measure, so it’s tempting to skew your marketing towards what’s easy to execute and justify.

But if you lean towards an easy-to-measure customer journey, you can fall into a trap; using only digital metrics often leads to ‘preaching to the converted’ media activation.

For a big food retailer such as Sainsbury’s, where the majority of sales are in-store, you might market to people who buy online, but what about the people who are walking into a shop and picking things up off the shelves? The reality is that all media drives both online and offline behaviour but the ease of online measurement means that marketers inadvertently ignore the offline shopping behaviours that they can influence with comms.

Use different techniques to work out if your advertising is working or not. Each will give you a different estimate, but your job as a strategist is to triangulate those estimates. It’s like when you’re selling your house: you get three different estimates from an estate agent and then you’ll choose a price that’s somewhere in the middle.

With mixed measurement set up, you might have digital attribution and another discipline that’s more traditional, such as statistics, along with a controlled experiment. By way of an example for an experiment, you might serve a TV or banner ad to one group of people and compare the results to a group that wasn’t exposed to the same advertising stimulus. This approach gives you a much more balanced picture of what is going on and crucially, it will dethrone the biased digital measures that give a wildly optimistic view of the effectiveness of digital media.

Ask the question: Are your ads really driving sales?

People buy from retailers all the time, but only occasionally is that purchase driven by ads. Big businesses such as Sainsbury’s could probably afford to go dark with their advertising for a month and people would still walk into the store and pick things up off the shelf. I go to Waitrose because it’s the nearest one to my house and that proximity relation is very important, because a lot of retail shopping is habitual.

You need to have a dedicated measure of success that quantifies the rate of incrementality from different media tactics. It is most important for large brands to measure lift because they benefit from a lot of habitual shopper behaviours, whereas a startup wouldn’t have that concern. If someone’s in a habit, we need to be confident that the ad really is playing a positive role in influencing the sale.

If a shopper sticks with your brand for life, they’re worth paying for

Most retailers are trying to bring new customers into their business, but for how long? Different customers are worth different amounts, especially in retail. Don’t apply a blanket cost of acquisition target, because inadvertently your media optimisations are likely to target the ‘path of least resistance’ which inevitably involves media skewing towards the lower-value prospects. If a shopper is going to stick with your brand for life, it’s worth paying more to acquire them.

Have lower cost per sale target against existing and frequent customers

Repeat customers usually make up the majority of revenue for any retailer.

Sometimes ads drive those repeat sales, but more often these purchases are habitual and are not directly driven by marketing.

Make sure your target cost per sale accounts for the fact that many of these sales are part of the business ‘baseline’. For example, Domino’s recognised that Friday and Saturday nights were busy for orders, but they carefully targeted other times and demographics for their future growth. Mums with kids was one – and early afternoon football on a Saturday was another: it’s about creating a new occasion to order pizza, which, over time, becomes habitual behaviour.

Move away from the short-term view

I’m trying to take businesses away from that simplistic view of: “I’ve shown some ads – did people buy or not?” The most important thing is you have a balanced measurement scorecard with some things that represent short-term impacts as well as long-term, such as brand reputation. Too often I’ll see advertisers ignoring the long-term impacts or legacy businesses ignoring day-to-day sales. You need to care about both.

Are UK retailers missing an opportunity to earn money from advertising?