Home Headlines Britain to receive rare LNG cargo from Australia, Oman
Editorial & Advertiser disclosure
Our website publishes news, press releases, opinion and advertorials on various financial organizations, products and services which are commissioned from various Companies, Organizations, PR agencies, Bloggers etc. These commissioned articles are commercial in nature. This is not to be considered as financial advice and should be considered only for information purposes. It does not reflect the views or opinion of our website and is not to be considered an endorsement or a recommendation. We cannot guarantee the accuracy or applicability of any information provided with respect to your individual or personal circumstances. Please seek Professional advice from a qualified professional before making any financial decisions. We link to various third-party websites, affiliate sales networks, and to our advertising partners websites. When you view or click on certain links available on our articles, our partners may compensate us for displaying the content to you or make a purchase or fill a form. This will not incur any additional charges to you. To make things simpler for you to identity or distinguish advertised or sponsored articles or links, you may consider all articles or links hosted on our site as a commercial article placement. We will not be responsible for any loss you may suffer as a result of any omission or inaccuracy on the website.
Headlines 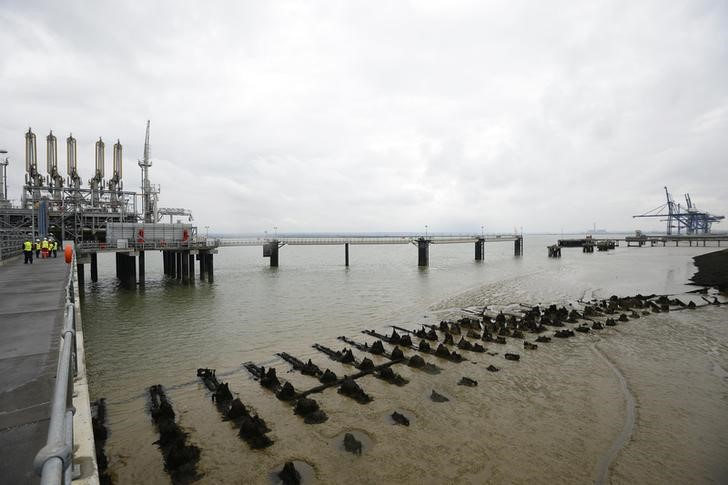 LONDON (Reuters) -Britain is set to receive a rare shipment of liquefied natural gas (LNG) sourced from Australia and Oman later this month, as countries across Europe strive to secure enough supplies ahead of winter.

European nations are seeking to diversify energy supplies following Russia’s invasion of Ukraine and a sharp drop in Russian gas flows to the continent.

LNG tanker Attalos, with a capacity of 174,000 cubic meters, is set to arrive at Britain’s Isle of Grain terminal on Aug. 22, according to data and analytics firm Kpler.

“The (LNG tanker) Patris was the original vessel that loaded at the North West Shelf liquefaction plant in Australia. It did a ship-to-ship transfer with the Attalos in Malaysian waters, and the Attalos is now headed to the UK,” said Laura Page, senior LNG analyst at Kpler.

Australian cargoes are rare in Europe due to the massive cost related to the distance, and due to high demand from Asian buyers.

In addition to the Australian cargo, Attalos picked up the rest of the volumes via ship-to-ship transfer at Linggi, Malaysia, from the BW Lesmes tanker which was laden with an Omani cargo, said Olumide Ajayi, senior LNG analyst at Refinitiv.

It was not clear how much volume it got from each tanker. An average LNG cargo size is 70,000 tonnes.

“Both destinations are very rare, Australian cargoes to the UK were last seen some six years ago, while this is the first time the UK is receiving an Omani cargo,” he added.

Britain is home to three of the largest LNG terminals in Europe – two terminals at Milford Haven and another at the Isle of Grain – where the super chilled fuel is converted back into gas, with some volumes transferred via pipeline to mainland Europe.

European LNG imports from January to July reached a record above 100 billion cubic meters (bcm), or 75 million tonnes, almost reaching the level for the whole of 2021. Most of these exports came from the United States.