Home Headlines Banning Russian aluminium would create uncertainty about LME’s role -Rusal
Our website publishes news, press releases, opinion and advertorials on various financial organizations, products and services which are commissioned from various Companies, Organizations, PR agencies, Bloggers etc. These commissioned articles are commercial in nature. This is not to be considered as financial advice and should be considered only for information purposes. It does not reflect the views or opinion of our website and is not to be considered an endorsement or a recommendation. We cannot guarantee the accuracy or applicability of any information provided with respect to your individual or personal circumstances. Please seek Professional advice from a qualified professional before making any financial decisions. We link to various third-party websites, affiliate sales networks, and to our advertising partners websites. When you view or click on certain links available on our articles, our partners may compensate us for displaying the content to you or make a purchase or fill a form. This will not incur any additional charges to you. To make things simpler for you to identity or distinguish advertised or sponsored articles or links, you may consider all articles or links hosted on our site as a commercial article placement. We will not be responsible for any loss you may suffer as a result of any omission or inaccuracy on the website.
Headlines 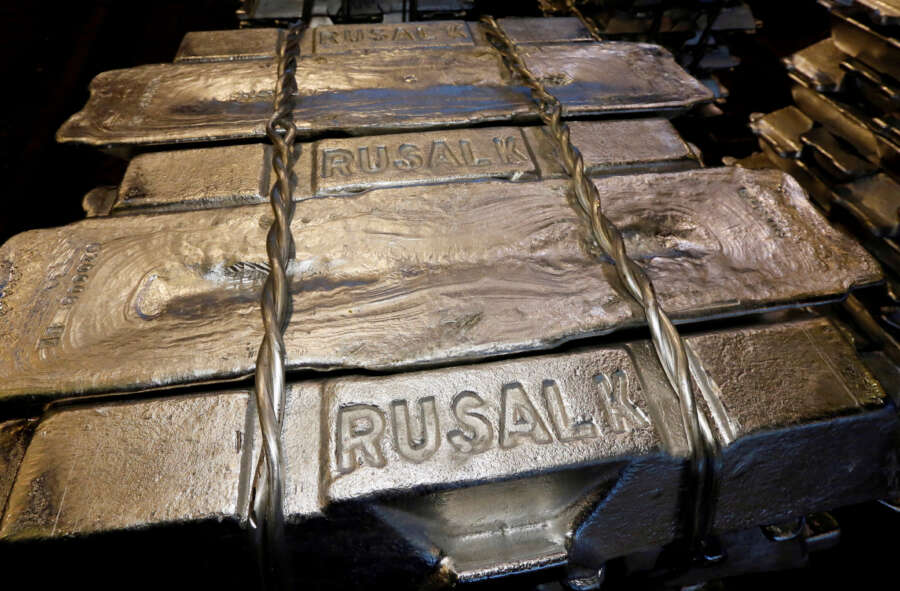 LONDON (Reuters) – Banning Rusal’s metal will fuel volatility in the London Metal Exchange’s aluminium contracts and create uncertainty about the exchange’s role in the metals industry, the Russian aluminium giant said in a letter seen by Reuters.

Last week, the world’s largest and oldest market for trading metals, said it was considering a consultation on whether Russian metal should continue to be traded and stored in its system.

The letter addressed to “partners” said that if there is a consultation, Rusal will highlight potential impacts such as disruption of the aluminium supply chain due to “potential change of regional delivery dynamics”.

Rusal, the world’s largest aluminium producer outside China, is expected to account for 6% of global supplies of the metal this year.

Excluding Rusal’s metal could mean “increasing market volatility due to restrictions on the pool of physical liquidity on the LME,” the letter emailed to “partners” on Oct. 5 said.

“(A ban would) create uncertainty around the role of the LME in the market due to departing from applicable laws, thus making the exchange less attractive to all participants.”

This, Rusal said, would create liquidity issues and risk management problems for all segments of the aluminium industry.

Aluminium industry sources said there was some concern that Rusal would not be able to sell its metal and would deliver it to registered warehouses of the 145-year-old metal exchange.

“We can confirm categorically there are no plans to do so, as our focus remains on executing our current business, business secured for 2023 and business in finalisation,” the letter said.

“In addition, Rusal also notes the alarmist views expressed by other interested parties that also contain unfounded statements that we regard as being harmful to maintaining an orderly market.”

Rusal said in a separate statement on its website that its sales book is solid, and the company has no need to deliver metal to LME warehouses.