Home Headlines Apple falls on fears of slowing iPhone 14 demand
Our website publishes news, press releases, opinion and advertorials on various financial organizations, products and services which are commissioned from various Companies, Organizations, PR agencies, Bloggers etc. These commissioned articles are commercial in nature. This is not to be considered as financial advice and should be considered only for information purposes. It does not reflect the views or opinion of our website and is not to be considered an endorsement or a recommendation. We cannot guarantee the accuracy or applicability of any information provided with respect to your individual or personal circumstances. Please seek Professional advice from a qualified professional before making any financial decisions. We link to various third-party websites, affiliate sales networks, and to our advertising partners websites. When you view or click on certain links available on our articles, our partners may compensate us for displaying the content to you or make a purchase or fill a form. This will not incur any additional charges to you. To make things simpler for you to identity or distinguish advertised or sponsored articles or links, you may consider all articles or links hosted on our site as a commercial article placement. We will not be responsible for any loss you may suffer as a result of any omission or inaccuracy on the website.
Headlines 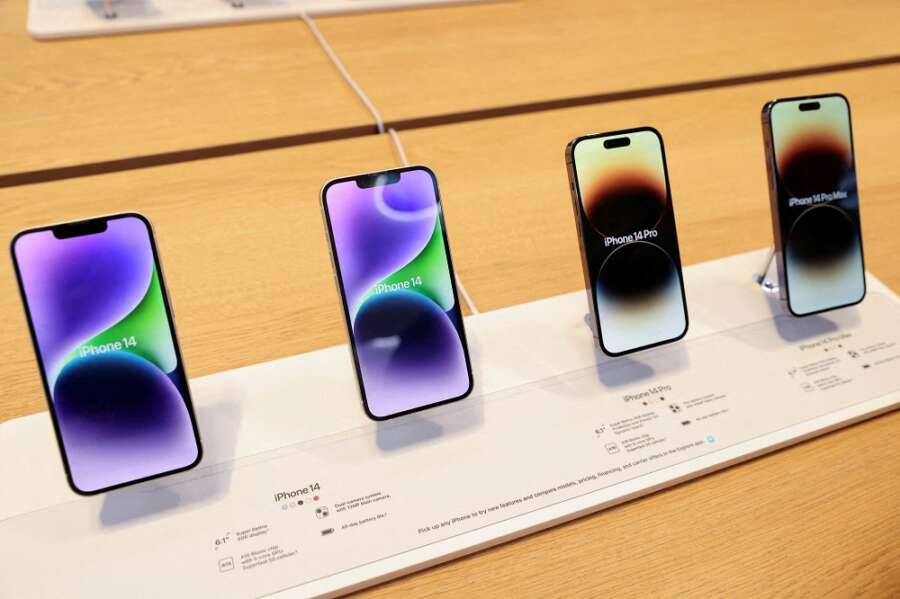 By Medha Singh and Nivedita Balu

(Reuters) -Apple Inc shares fell more than 4% on Wednesday after a report that the tech giant was ditching its plans to boost production of the latest iPhone fueled demand worries.

Bloomberg earlier reported that Apple had told its suppliers to curtail efforts to increase the assembly of its iPhone 14 lineup by as many as 6 million units in the second half of the year on disappointing demand.

Shares of the world’s most valuable public company opened at a two-month low of $147.64 and were the biggest drag on the blue-chip Dow Jones Industrial Average Index. [.N]

“Weaker consumer demand is to be expected when utility bills are going up, interest rates are going up, mortgage costs are going higher … discretionary spending is going to be curtailed by that,” said Patrick Armstrong, chief investment officer at Plurimi Wealth in London.

Analysts said iPhone 14’s Pro and Pro Max versions were selling at a brisk pace, although demand for the base model, typically Apple’s best seller, was underwhelming.

Apart from satellite connectivity and crash detection features, the iPhone 14 model looks and feels similar to its previous iteration, although it sells for $100 more at $799 for the base version. The Pro models, which start at $999, come with fresher upgrades.

Wedbush analysts said the product mix has heavily shifted toward Pro, pushing wait times into early November for some models, and that Apple could be shifting production from the base model to Pro across Asia ahead of the holiday season.