Home Headlines Analysis-Trapped cash mangles China’s policy plans
Editorial & Advertiser disclosure
Our website publishes news, press releases, opinion and advertorials on various financial organizations, products and services which are commissioned from various Companies, Organizations, PR agencies, Bloggers etc. These commissioned articles are commercial in nature. This is not to be considered as financial advice and should be considered only for information purposes. It does not reflect the views or opinion of our website and is not to be considered an endorsement or a recommendation. We cannot guarantee the accuracy or applicability of any information provided with respect to your individual or personal circumstances. Please seek Professional advice from a qualified professional before making any financial decisions. We link to various third-party websites, affiliate sales networks, and to our advertising partners websites. When you view or click on certain links available on our articles, our partners may compensate us for displaying the content to you or make a purchase or fill a form. This will not incur any additional charges to you. To make things simpler for you to identity or distinguish advertised or sponsored articles or links, you may consider all articles or links hosted on our site as a commercial article placement. We will not be responsible for any loss you may suffer as a result of any omission or inaccuracy on the website.
Headlines 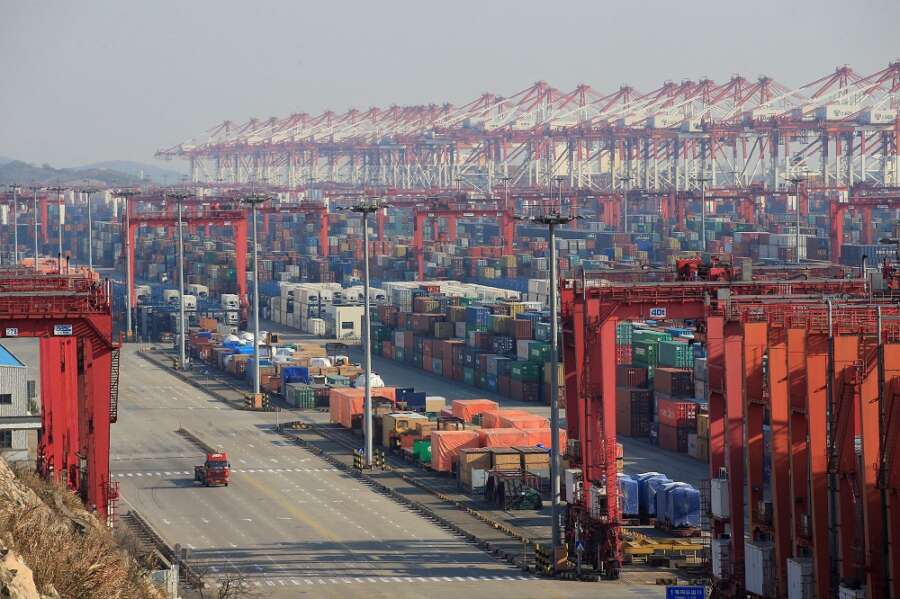 By Samuel Shen and Brenda Goh

SHANGHAI (Reuters) – China’s surprise cut in key policy rates this week highlights a dilemma facing Beijing as authorities try to revive an economy awash with cash in the financial system but still lacking in consumer demand.

Monday’s 10 basis point cuts in the People’s Bank of China’s (PBOC) 7-day and one-year lending rates isn’t much of a spur for banks to boost lending – they already lend to each other at much lower rates – and analysts say more fundamental measures are needed to revive confidence in an economy ravaged by a property crisis and ongoing COVID lockdowns.

The PBOC is facing the challenge of a “partial liquidity trap”, says Alicia García Herrero, chief economist for Asia Pacific at Natixis, as interest rates are not low enough to be defined as a Japan-style liquidity trap, but “cash remains trapped in the largest banks” due to growing systemic risks.

Other analysts say China requires measures beyond monetary easing to revive its economy, such as less severe COVID policies, and government bailout of failing companies.

Rocky Fan, economist at Guolian Securities, said the property market downturn is affecting confidence, as people dare not buy houses amid a debt crisis and boycotts to pay mortgages for unfinished homes.

“You need to address the property woes to revive the economy, but it’s a thorny issue,” Fan said.

“I don’t see a solution unless the government bails out all the troubled developers, at the risk of moral hazards.”

Official data on Monday showed China’s economy slowed across the board in July, dashing hopes for a post-lockdown economic boom.

The banking system, however, is bursting with cash. China’s broadest measure of money supply M2, that includes cash and deposits, jumped 12% last month, the fastest pace in six years. Chinese households added 10.3 trillion yuan ($1.52 trillion) in deposits in the first half.

“Chinese banks are amassing deposits at an alarming rate as both corporates and households over-save,” Jefferies analysts said in a note.

Monday’s rate cuts are “a response to a dearth of spending, which has resulted in a flood of deposits,” the brokerage said, adding the move is “unlikely to move the economic needle”.

David Chao, global market strategist, Asia Pacific ex-Japan at Invesco says cutting rates “is a good start, though more policy support is needed, especially to put a floor in the property market and to boost household and corporate sentiment”.

Kaiwen Wang, China strategist at Clocktower Group, said that, with short-term interbank rates already near record low, “it is unclear whether PBOC will feel comfortable with a much lower rate environment given its concern over financial bubbles.”

Balances at money market funds (MMF) ballooned to a record 11 trillion yuan in May, overtaking Europe as the world’s second-biggest MMF market, after only the United States, according to Fitch.

There are already signs of froth in some corners of the financial markets, as some investors seek higher yields.

Trading in the domestic money market jumped 44% from a year earlier in June, according to latest official data, while average daily turnover of exchange-traded bonds more than doubled from a year earlier, amid signs of more leveraged trading.

In the stock market, outstanding margin loans have climbed to a four-month high of 1.64 trillion yuan, while the small-cap CSI1000 index – more vulnerable to speculative trading – has jumped more than 40% from an April low, to a five-month high.

“The rate cuts can only trigger a carnival in the bond market,” said Xia Chun, chief economist at wealth manager Yintech Investment Holdings, referring to a jump in bonds after the policy move that saw China’s 10-year treasury futures hitting two-year highs.

“The problem is there’s not a shortage of liquidity, but households and companies have gloomy expectations and weak confidence. It’s a typical balance sheet recession.”