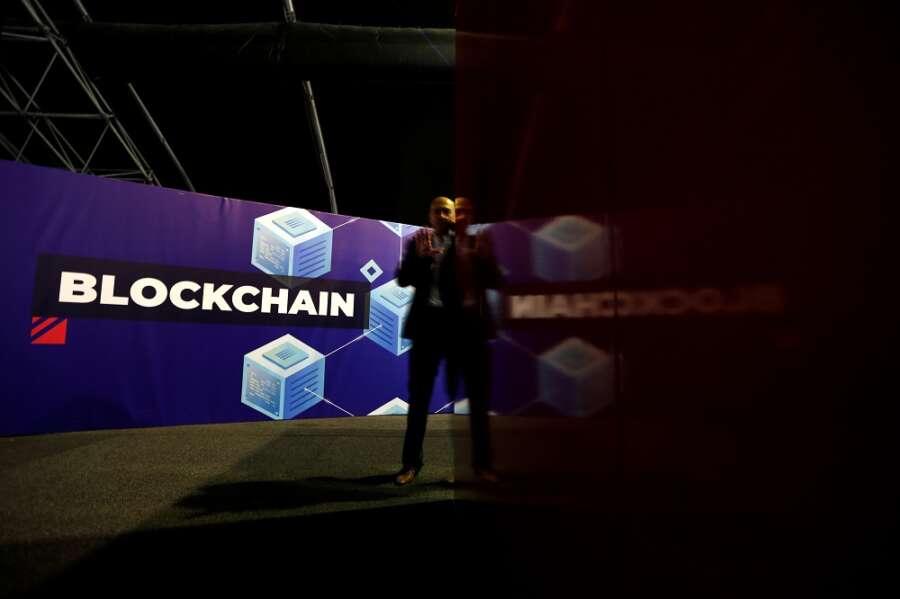 LONDON (Reuters) – Blockchain needs its own music industry ‘MP3′ moment as fragmented regulation and technology hamper the development of a digital securities industry that could help realise its full potential, industry officials said.

Blockchain, or distributed ledger technology (DLT), underpins cryptoassets like bitcoin and allows many parties to access a single version of data at the same time.

But extending its application to issuing, trading and settling securities like stocks and bonds requires a common digital format for the securities themselves, said Gerd Hartung, head of new digital markets at Deutsche Boerse.

“The real topic is how do we get to the MP3 digital format you see in the music industry. The next level we are getting to is digitisation of the financial instrument itself,” he said.

The digital MP3 file format, with its inferior audio quality, did not look like a disruptive technology until the arrival of MP3 players and streaming systems dramatically altered the music industry, removing a slew of middle men and almost all the barriers to entry faced by an artist.

A similar pivot in financial markets would allow an instrument to be issued in hours rather than days or weeks, better targeting specific markets and taking advantage of windows of calm to reach more investors faster and free of data errors, industry officials say.

But it would also challenge banks’ dominant position in the revenue chain for issuing and trading securities.

A further step from pilot project to live markets came this week with the launch of LedgerEdge, described as the first regulated, DLT-based corporate bond platform.

“Everyone is looking for greater clarity on the regulatory definition of digital assets,” said David Nicol, chief executive and co-founder of LedgerEdge.

But with many elements yet to fall into place, Arjun Jayaram, founder and chief executive of blockchain company Baton Systems, warned there was unlikely to be a “big bang” moment.

Banks still use “very old” technology, making it harder to interface with DLT platforms, he said, while Javier Hernani, head of securities services at SIX which runs the Zurich and Madrid stock exchanges, said hooking up to blockchain was a cost that needed to be phased in.

Hernani also pointed to the need for digital versions of currencies such as the dollar, euro or sterling to speed up payment and achieve the full benefits of DLT, something the relevant central banks have yet to decide on, let alone launch.

Instead a “bridge” would be needed to allow digitised assets to be traded, but paid for in fiat currencies, he suggested.

Regulators also need time to get to grips with the new technology, with the European Union and Britain preparing to test DLT in market infrastructure.

“We intend to have this up and running next year, and if it teaches us that we need to update the relevant legislation, then we will do that too,” Britain’s financial services minister John Glen said in a speech last month.

The EU said its pilot regime would allow policymakers to identify obstacles in regulation.

HSBC and Wells Fargo are already using blockchain from Baton Systems to settle bilateral foreign currency trades, and in July Deutsche Boerse will use its digital central register to offer same day-issuance and paperless processing for digitised certificates and warrants in its Clearstream settlement arm.

“We have done the proof of concepts in the past, but now it’s really about bringing the real, fully-fledged financial, digital market infrastructure in place, and that needs to be productive and scalable,” Hartung said.

Rival Euroclear has joined blockchain consortium Fnality – backed by banks including Santander, Barclays, Credit Suisse, MUFG and UBS – which is aiming to open a payments account for tokenised assets at the Bank of England in October.

Meanwhile, the U.S. Depository Trust & Clearing Corp’s platform that leverages DLT is moving to a development phase for same-day settlement of securities trades, compared with two days at present.

Consultants estimate potential savings of 50% from using blockchain in areas like settlement, mainly through cutting time-consuming ‘reconciliation’ or the fixing of mismatches in transaction data.

Looking at the derivatives market, Deloitte estimates a “single shared version of trade data” could reduce costs by one-third.

Combining DLT with a machine-readable blueprint for how derivatives are managed and traded could cut the cost base for derivatives dealers by $3.2 billion, it says.

SIX, which launched a digital bond in November, senses progress this year.

“We are going from proof of concept to the real world, slowly,” the company’s Hernani said.

“We will continue to see some real business, but still in the small numbers. I think there will be parallel systems for a while.”

April 26, 2022
Editorial & Advertiser disclosureEditorial & Advertiser disclosureOur website provides you with information, news, press releases, Opinion and advertorials on various financial products and services. This is not to be considered as financial advice and should be considered only for information purposes. We cannot guarantee the accuracy or applicability of any information provided with respect to your individual or personal circumstances. Please seek Professional advice from a qualified professional before making any financial decisions. We link to various third party websites, affiliate sales networks, and may link to our advertising partners websites. Though we are tied up with various advertising and affiliate networks, this does not affect our analysis or opinion. When you view or click on certain links available on our articles, our partners may compensate us for displaying the content to you, or make a purchase or fill a form. This will not incur any additional charges to you. To make things simpler for you to identity or distinguish sponsored articles or links, you may consider all articles or links hosted on our site as a partner endorsed link.