Home Technology THINK BEFORE YOU LINK
Our website publishes news, press releases, opinion and advertorials on various financial organizations, products and services which are commissioned from various Companies, Organizations, PR agencies, Bloggers etc. These commissioned articles are commercial in nature. This is not to be considered as financial advice and should be considered only for information purposes. It does not reflect the views or opinion of our website and is not to be considered an endorsement or a recommendation. We cannot guarantee the accuracy or applicability of any information provided with respect to your individual or personal circumstances. Please seek Professional advice from a qualified professional before making any financial decisions. We link to various third-party websites, affiliate sales networks, and to our advertising partners websites. When you view or click on certain links available on our articles, our partners may compensate us for displaying the content to you or make a purchase or fill a form. This will not incur any additional charges to you. To make things simpler for you to identity or distinguish advertised or sponsored articles or links, you may consider all articles or links hosted on our site as a commercial article placement. We will not be responsible for any loss you may suffer as a result of any omission or inaccuracy on the website.
Technology

THINK BEFORE YOU LINK 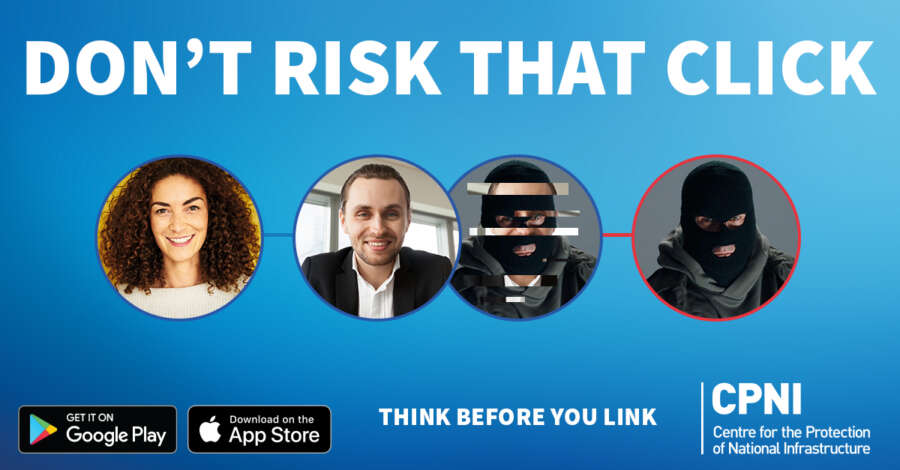 LONDON, 19 MAY 2022: A new app designed to alert online workers to the threat of malicious targeting has been launched with a campaign by AML for CPNI. Centre for the Protection of National Infrastructure (CPNI) is the arm of UK intelligence agency MI5 which advises government and business on protective security.

The app is being promoted with a social media campaign created by London-based communications agency AML Group. It is aimed at everyone who uses social and professional networking sites, and particularly those that work across a number of industry sectors including Government, defence, science and technology.

As well as encouraging app downloads, the campaign reinforces the ongoing need for vigilance reminding those most at risk that other people on social media aren’t always who they say they are with the campaign line ‘Think Before You Link’.

The campaign – that includes animated GIFs, video and static ads with bold imagery and direct, memorable copy – will feature on key social media platforms including LinkedIn.