By Ed Hodges, CEO of HelloDone

We may be reaching ‘peak app’. Recent data suggests that users have grown tired of the constant stream of new apps vying for our attention and crowding our phones. We don’t want more individual applications, but we also don’t want to lose out on innovative tech that would make our lives easier. The solution? The end of unbridled app creation and the dawn of ‘universal apps’ – all-encompassing platforms built on users’ existing loyalty to popular messaging services.

When Apple launched its App Store in 2008, there were 500 apps users could choose from. Over a decade later and the choice we now have is staggering – the App Store offers 2.2 million apps for download and the Google Play Store offers almost 3 million. There are more apps than we could have dreamed of but we’re discovering that greater choice doesn’t always mean better. App fatigue is real as users grow tired of endless new programmes and developers have to fight for our finite attention. The App Store may be continually growing but consumer patience is wearing thin, as one in four people abandon an app after just one use.

This isn’t to say consumers are rejecting technology. We still want the ease of running our lives through our phones, the speed of paperless processes and the convenience of having everything in one place. We just don’t want a plethora of platforms to do it. The end of the app era isn’t about trading in iPhones for old school Nokias, it’s about streamlining our technology so existing apps do more.

Enter ‘universal apps’, where one or two apps meet a host of different needs through software integration and additional functions. For users, the rise of the universal app promises an easier life and the gift of more time in our busy lives. For brands, it provides not just a new marketing channel, but a completely different customer journey.

This move towards universal apps isn’t just wishful thinking. China is already demonstrating what the new era of communication will look like with the evolution of messaging app WeChat. Not only are 45 billion messages sent every day via WeChat, the app also allows users to pay electricity and water bills, order in a restaurant, play games, book a doctor’s appointment or even file for divorce. So comprehensive are WeChat’s functions, there’s hardly any need to look elsewhere.

With app fatigue setting in globally and consumer attention spans contracting, we should expect to see the same tech shift occur beyond China. Critical to this move, however, is the development of technologies such as conversational AI. This is technology that emulates human speech to help us get answers from our digital devices and its growth is intrinsically linked to the rise of universal apps. 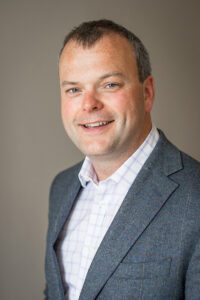 Conversational AI is used by brands across the world to support customers via their favourite messaging apps – like WhatsApp, Slack and Facebook Messenger – and guide them through the purchasing process. It allows companies to instantly sort out complex queries whilst making a personal connection with millions of customers and building brand trust and loyalty.

It’s conversational AI that enables apps to extend beyond their original design and start taking on additional functions, serving multiple customer needs through the same platform. This is the synthesis needed for a universal app.

Of course, Western economies’ embrace of a universal app won’t involve downloading WeChat. What it will mean is the further development of apps with existing market dominance and customer trust.

Smart eyes are on WhatsApp to mirror WeChat and start encompassing more app functions – not simply because both are messaging apps but because of WhatsApp’s widespread consumer acceptance, low-bandwidth requirements and cross-demographic appeal. Not to mention its Facebook ownership, making the integration of Instagram and Facebook a distinct possibility.

It’s for these reasons that WhatsApp is a prime candidate to become a ‘universal app’ like WeChat and, as such, the site of an intense brand war. Brands wanting to keep ahead of the competition will stop looking to develop yet another owned app and instead focus on securing valuable customer attention (and spend) on universal app contenders. With early movers getting the biggest rewards, savvy brands will already be working out how to respond to this market shift and incorporate it into their commercial strategy.

In 2020, we want technology to meet our every need but we also value simplicity. As attention contracts and patience plummets, consumers reward brands which easily fit themselves around our existing patterns of behaviour. The rise of the universal app is the natural extension of these evolved priorities and it’s something all brands should prepare for. Whether we like it or not, the universal app era is here.

Social Media Optimization – How To Do It?

Graphic Design – What You Need to Know

Why email remains one of the most important...

How to find the right integrated brand partnership...