Home News ‘Not the Covid generation’ – Dispelling myths around young people
Our website publishes news, press releases, opinion and advertorials on various financial organizations, products and services which are commissioned from various Companies, Organizations, PR agencies, Bloggers etc. These commissioned articles are commercial in nature. This is not to be considered as financial advice and should be considered only for information purposes. It does not reflect the views or opinion of our website and is not to be considered an endorsement or a recommendation. We cannot guarantee the accuracy or applicability of any information provided with respect to your individual or personal circumstances. Please seek Professional advice from a qualified professional before making any financial decisions. We link to various third-party websites, affiliate sales networks, and to our advertising partners websites. When you view or click on certain links available on our articles, our partners may compensate us for displaying the content to you or make a purchase or fill a form. This will not incur any additional charges to you. To make things simpler for you to identity or distinguish advertised or sponsored articles or links, you may consider all articles or links hosted on our site as a commercial article placement. We will not be responsible for any loss you may suffer as a result of any omission or inaccuracy on the website.
News

‘Not the Covid generation’ – Dispelling myths around young people 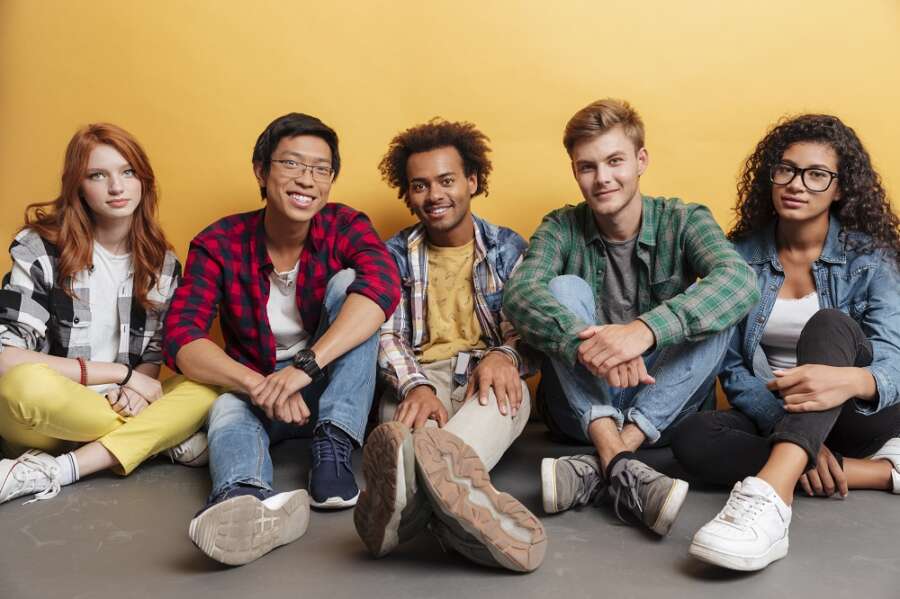 Since the start of the pandemic, global media has rightly focused on the plight of young people. Their education has suffered, employment opportunities have been affected, and, at times, social contact has been significantly reduced.

There’s no denying that many young people have suffered as a result of the pandemic, but is the analysis of this actually masking a different reality? One that is more positive and points the way to significant social and behavioural change that brands need to be focused on.

In recent months, many young people – particularly Gen Z – have found their social calling and having been actively focused on making the world a better place. The pandemic, Black Lives Matter and other movements such as the Trans rights, have helped young people find new ways of being socially and politically active. And, as a result, many want to continue some of the key behaviours they have learned or that have become core to their daily lives.

This positive, and arguably progressive, view of young people is in stark contrast to some of the recent media and social media commentary, suggesting that young people have become sensitive ‘snowflakes’ retreating from the real world in favour of virtual communication.

At Revolt, we’ve looked in detail at the changing behaviours of Gen Z and how they are being characterised. We believe there are five key areas where there are important counter views to the mainstream narrative, which need to be considered by brands if they are going to effectively engage this audience.

Firstly, there is the view that young people have been lost to Covid with poor education and employment options and limits placed on their social networks. They certainly have experienced hardships brought about the pandemic, but there is growing evidence that during this time they have actually found their calling. Not only that, but that other generations are actually playing catch up with young people’s views on social justice, climate change and the world of work.

According to a recent Gallup poll, four out of five young people say “the coronavirus pandemic has helped them realise how much political leaders’ decisions impact their lives”. Young people are finding new ways to be politically active – volunteering, creating social campaigns etc. And in terms of employment, working remotely sits well with young people who want cutting edge tech to be a key part of their careers – 80% according to a report from Dell Technologies.

Brands need to understand how they can be part of the solution to the new world that young people want to see. And how they can use their influence for positive impact.

Next, young people have been described as ‘overly-sensitive’, but is the reality that they are actually ‘radically empathetic’?  This is potentially a powerful force for driving fairness and positive change.  Compassion has become a status symbol for many young people.  Across the board, young people have more compassion and understanding for those who challenge the traditional structure of gender. Freedom to express their struggles is seen as a right and many young people would defy employers who try to silence them. The questions for marketers is how can companies embrace a radical sensitivity in their brands?

Then, we have the view that Gen Z are ignoring the real world by spending much of their time on their phones. However, as a truly digital native generation, the counter perspective is that young people are using their phone to create movements that are setting the world to right.

Young people see their phones as a force for good. According to Nominet, 81% of Gen Z believe that technology – specifically the internet and mobile phones – has helped them in all areas of their life. Young people are not just forming communities and movements via their phones, they are also creating – building ideas from scratch. Brands would be wise to tap into and support the ideas and creativity that comes from this generation’s use of mobile technology.

The fourth notion of contention is that too many young people are lonely, anxiety-ridden and depressed. Maybe they are, but they are also finding hope and togetherness in ‘digital campfires’. Digital communities are now eroding national and state borders, so we have to ask ourselves whether the real world will actually start to mirror the digital one? Young people are ‘radically inclusive’ and also don’t make a distinction between online and physical friends. In fact, according to McKinsey, 66% believe that communities are created by causes and interests, not by economic backgrounds or educational levels.

More apps being launched to enable young people to connect digitally in more authentic ways, so brands should look at how they can support and enable the new digital communities and campfires.

And, finally, we have the issue of young people rejecting patriotism. Economic downturn, immigration, political populism and host of other social issues has given forth to a rise of nationalism around the world. However, in contrast to this, we are seeing a growing rejection of unwavering national pride by Gen Z. Many in this generation are embracing an inclusive mindset that goes beyond national borders.

For young people, patriotism is arguably becoming more associated with notions of progression, unity and acceptance and an increasing distrust of governments and traditional institutions. As young people evolve their sense of governmental responsibility, how can brands help solve social issues?

Understanding each new generation of young people is an ongoing challenge – or more importantly, opportunity – for brands. Each new generation of young adults seemingly turns their backs on what went before them in favour of what works best for them. Often the charge that is levelled against young people is they are not taking responsibility or not caring enough. Compared to other generations, Gen Z could be viewed as caring too much or in ways that previous generations are failing to understand.

Britain to be among first to apply new climate disclosure rules