Home Events Leeds International Festival of Ideas announces full 2021 festival programme – Sir Lenny Henry, Katherine Ryan, Evan Davis, Gina Martin, Grace Dent, Deborah Frances-White & more
Our website publishes news, press releases, opinion and advertorials on various financial organizations, products and services which are commissioned from various Companies, Organizations, PR agencies, Bloggers etc. These commissioned articles are commercial in nature. This is not to be considered as financial advice and should be considered only for information purposes. It does not reflect the views or opinion of our website and is not to be considered an endorsement or a recommendation. We cannot guarantee the accuracy or applicability of any information provided with respect to your individual or personal circumstances. Please seek Professional advice from a qualified professional before making any financial decisions. We link to various third-party websites, affiliate sales networks, and to our advertising partners websites. When you view or click on certain links available on our articles, our partners may compensate us for displaying the content to you or make a purchase or fill a form. This will not incur any additional charges to you. To make things simpler for you to identity or distinguish advertised or sponsored articles or links, you may consider all articles or links hosted on our site as a commercial article placement. We will not be responsible for any loss you may suffer as a result of any omission or inaccuracy on the website.
Events 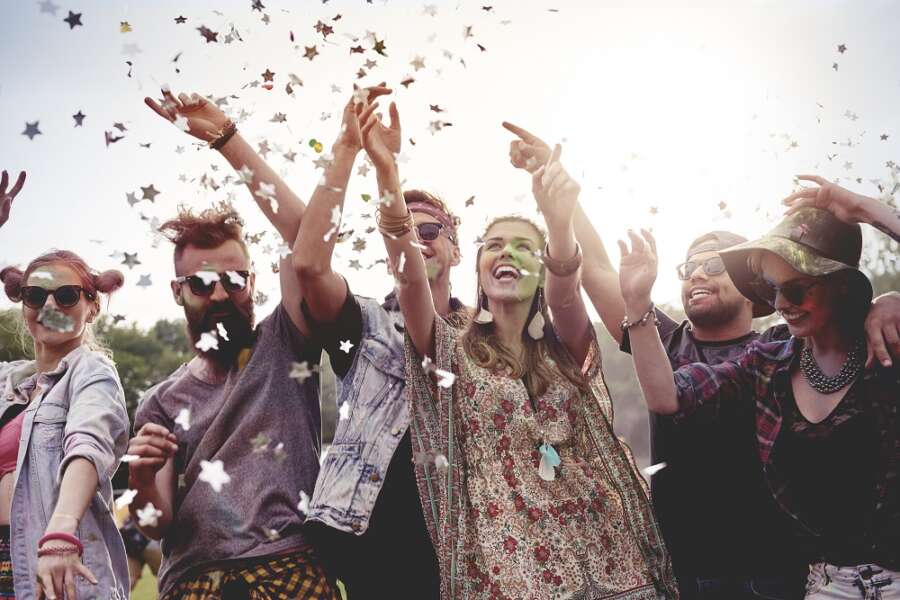 September 2021 will see a stellar line-up in the city as Leeds International Festival of Ideas presents its ambitious programme as a platform for exploring new ideas and innovation.

Announcing the panels along with nearly 30 speakers, the festival will discuss and debate the questions; Can we ever be who we want to be? Does the future have enough food? Are we more lonely? Is the UK media broken and finally Green or Growth? It will run across three landmark venues in Leeds. The historic Leeds Corn Exchange, legendary City Varieties Music Hall and the centrepiece Leeds Town Hall.

Names for the panels include; BBC Media Editor Amol Rajan, the award-winning author, queer performer and script writer of big and small screens Amrou Al-Kadhi, “Romcomoisseur” Bolu Babalola is a writer for TV and film, and TV & Culture columnist for Dazed. Caroline Criado Perez is the author behind Invisible Women and campaigned to feature the first woman on British bank notes, the stand-up comedian, writer, presenter and coach Deborah Frances-White, the sought-after Scandi TedX keynote speaker, cultural sociologist and bestselling author Emilia Van Hauen, and on the media panel is multi-award winning Parliamentary sketch writer Matthew Parris who writes on politics for renowned national publications such as The Times. Also joining is popular wildlife TV presenter Michaela Strachan, a key presenter of the BBC Springwatch series, who has been gracing our screens for 30 years.

Leeds International Festival of Ideas runs over a two-week period from Monday 13th until Monday 27th September. The aims of the festival are to provide a platform for the exploration of new ideas and innovation while confronting the challenges of our time and discussing the world of tomorrow.

Andrew Cooper LeedsBID (Leeds Business Improvement District), which brings the festival to the city, said:
“We are delighted to be bringing Leeds International Festival of Ideas to the city this year, presenting a programme which promises to be innovative in its exploring of new ideas while reflecting how thinking has been affected during recent times.”

“After a challenging year for everyone, it is exciting for LeedsBID to be collaborating with city centre partners and it is great to be working together in planning events in the city once again.”

Martin Dickson, Leeds International Festival of Ideas Lead said:
“After a long time planning we are so pleased to reveal the plans. From Sir Lenny Henry headlining and talking at Leeds’ premier venue to chatting over why the UK media is broken with some of its best journalists, to the important chats around businesses growing whilst being sustainable after a pandemic with hot topics in Leeds around the airport, to what does the future of food hold for us. Imagine, in just 6 of the days sitting in the Corn Exchange watching such a calibre of acts like George Clarke, Kanya King, Katherine Ryan and culminating with Sir Lenny Henry.“

Tickets for Leeds International Festival of Ideas and the full programme will go live and on sale at 9am on Friday 2nd July 2021 – www.leedsintfest.com

The MOBOS and Me with Kanya King CBE
Leeds Corn Exchange
September 19th – 16:30

Can we ever be who we want to be?
Leeds Town Hall
September 23rd – 19:00
Featuring: Amrou Al-Kadhi, Hashi Mohamed, Caroline Criado Perez, Anne-Marie Imafidon, Gina Martin

Panel Debates: (in order of appearance at the festival)

Unlocking the Potential of Digital Advertising

Brand Experience is back! Buddy Media and Match...

Admixer to join other leading industry players at...

How to use story-driven virtual events to inspire...