Home Headlines Credit Suisse executives reassure investors after CDS spike, Financial Times reports
Editorial & Advertiser disclosure
Our website publishes news, press releases, opinion and advertorials on various financial organizations, products and services which are commissioned from various Companies, Organizations, PR agencies, Bloggers etc. These commissioned articles are commercial in nature. This is not to be considered as financial advice and should be considered only for information purposes. It does not reflect the views or opinion of our website and is not to be considered an endorsement or a recommendation. We cannot guarantee the accuracy or applicability of any information provided with respect to your individual or personal circumstances. Please seek Professional advice from a qualified professional before making any financial decisions. We link to various third-party websites, affiliate sales networks, and to our advertising partners websites. When you view or click on certain links available on our articles, our partners may compensate us for displaying the content to you or make a purchase or fill a form. This will not incur any additional charges to you. To make things simpler for you to identity or distinguish advertised or sponsored articles or links, you may consider all articles or links hosted on our site as a commercial article placement. We will not be responsible for any loss you may suffer as a result of any omission or inaccuracy on the website.
Headlines 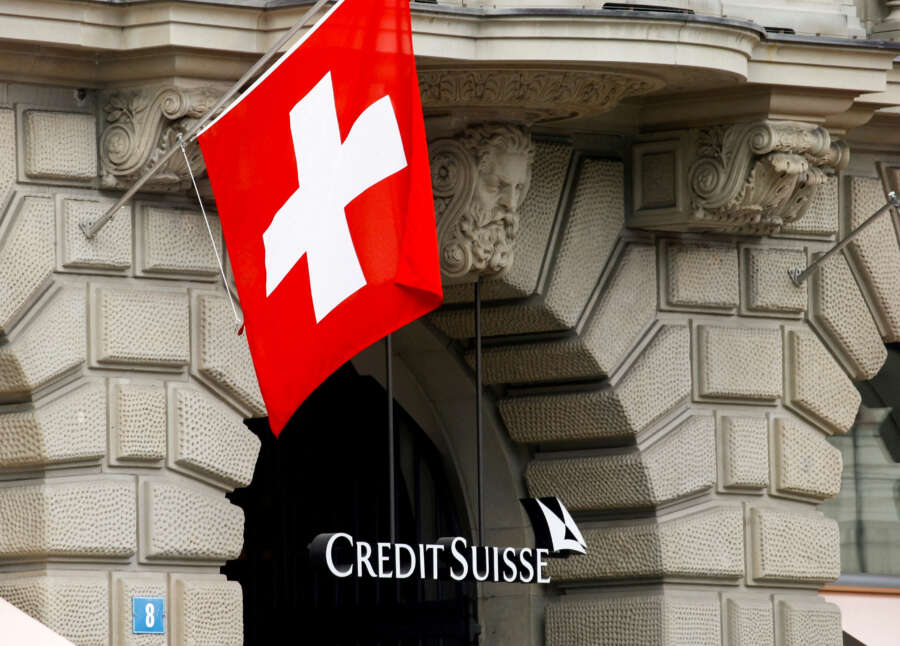 A spokesman for Credit Suisse declined to comment on the report when contacted by Reuters.

Executives made the calls after spreads Credit Suisse credit default swaps (CDS), which offer protection against a company defaulting, rose sharply on Friday in an indication of investor concerns, the newspaper said.

The Financial Times said that a Credit Suisse executive denied reports that the bank had formally approached investors about potentially raising more capital, insisting that it was trying to avoid such a move with its share price at record lows and higher borrowing costs due to rating downgrades.

The Swiss bank’s chief executive Ulrich Koerner told staff in a memo seen by Reuters on Friday that it has solid capital and liquidity.

The bank also said last month it was pressing ahead with a review that includes potential divestitures and asset sales.

(Reporting by Mrinmay Dey in Bengaluru; additional reporting by Karin Strohecker and Elisa Martinuzzi in London; Editing by Nick Macfie and Alexander Smith)

UK cabinet was not informed of plans to scrap top rate of tax, Truss says