Home Headlines Cost-of-living crisis casts shadow over Europe’s Black Friday
Editorial & Advertiser disclosure
Our website publishes news, press releases, opinion and advertorials on various financial organizations, products and services which are commissioned from various Companies, Organizations, PR agencies, Bloggers etc. These commissioned articles are commercial in nature. This is not to be considered as financial advice and should be considered only for information purposes. It does not reflect the views or opinion of our website and is not to be considered an endorsement or a recommendation. We cannot guarantee the accuracy or applicability of any information provided with respect to your individual or personal circumstances. Please seek Professional advice from a qualified professional before making any financial decisions. We link to various third-party websites, affiliate sales networks, and to our advertising partners websites. When you view or click on certain links available on our articles, our partners may compensate us for displaying the content to you or make a purchase or fill a form. This will not incur any additional charges to you. To make things simpler for you to identity or distinguish advertised or sponsored articles or links, you may consider all articles or links hosted on our site as a commercial article placement. We will not be responsible for any loss you may suffer as a result of any omission or inaccuracy on the website.
Headlines 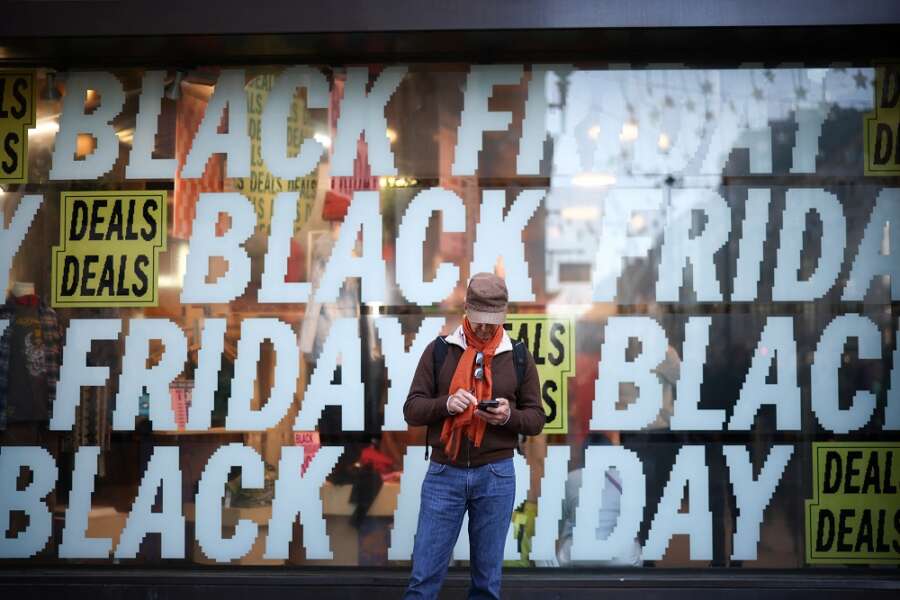 LONDON (Reuters) – Europe’s retailers are hoping Black Friday discount day will get shoppers spending, though it is taking place against a backdrop of a worsening cost-of-living crisis and the distraction of the soccer World Cup.

Retailers across Europe fear the overall Christmas trading season could be the worst in at least a decade as shoppers cut back, while the costs of doing business show no sign of abating, squeezing profit margins.

Double-digit inflation has dented consumers’ purchasing power and their confidence is also at or close to the gloomiest on record as soaring energy bills add to the spiralling cost of living.

But to help budget their finances, consumers have begun their Christmas shopping early this year and many are still shopping on Black Friday.

Some consumers may, however, have other priorities, with Wales, England, the Netherlands and Poland all in action on Friday at the World Cup.

Britons will spend 8.7 billion pounds ($10.5 billion) over the Black Friday weekend (Nov. 25 to Nov. 28), according to research by GlobalData for VoucherCodes – up 0.8% year-on-year but masking a big drop in volumes once inflation is accounted for.

“Sales volumes holding up against last year will come as welcome news for retailers against the challenging economic backdrop,” Marc Pettican, head of Barclaycard Payments, said.

This year, consumers will use Black Friday, which has become more of an online event, much more for jumping on spontaneous deals and for Christmas gifts, rather than for bigger, delayed purchases, according to consultants McKinsey.

Its research shows a quarter of UK consumers have already done their Christmas shopping, while about one in 10 plan to do most of it on Black Friday.

Idealo, the European price comparison portal, said 65% of online Italian shoppers are ready to buy something during the event.

In the United States, the National Retail Federation (NRF) has forecast holiday sales would rise at a slower pace this year, and inclement weather in some areas on Friday meant thin crowds in the early part of the day.

Amazon has forecast its slowest revenue growth for any holiday period in years and some workers at its sites in Germany and France downed tools as part of a move across the world to target the group on pay.

About 1,000 shop assistants who work at Zara and other fashion brands owned by Inditex went on strike in the retailer’s home town in northern Spain to demand better salaries.

Boots said its top performing electrical beauty item so far was the Philips Lumea hair removal device with a saving of 180 pounds.

But consumers looking for the latest iPhones could be disappointed, after Apple Inc’s warning that China’s zero-COVID policy was squeezing production at a key factory.

More than a decade since it was brought to Europe by Amazon, Black Friday’s worth to retailers still divides opinion.

(Reporting by James Davey in London; Additional reporting by Giselda Vagnoni in Rome, Dominque Vidalon in Paris and Corina Rodriguez in Madrid; Editing by Kim Coghill and David Holmes)