Home Headlines Britain’s Next sticks to outlook after quarterly sales rise
Editorial & Advertiser disclosure
Our website publishes news, press releases, opinion and advertorials on various financial organizations, products and services which are commissioned from various Companies, Organizations, PR agencies, Bloggers etc. These commissioned articles are commercial in nature. This is not to be considered as financial advice and should be considered only for information purposes. It does not reflect the views or opinion of our website and is not to be considered an endorsement or a recommendation. We cannot guarantee the accuracy or applicability of any information provided with respect to your individual or personal circumstances. Please seek Professional advice from a qualified professional before making any financial decisions. We link to various third-party websites, affiliate sales networks, and to our advertising partners websites. When you view or click on certain links available on our articles, our partners may compensate us for displaying the content to you or make a purchase or fill a form. This will not incur any additional charges to you. To make things simpler for you to identity or distinguish advertised or sponsored articles or links, you may consider all articles or links hosted on our site as a commercial article placement. We will not be responsible for any loss you may suffer as a result of any omission or inaccuracy on the website.
Headlines

Britain’s Next sticks to outlook after quarterly sales rise 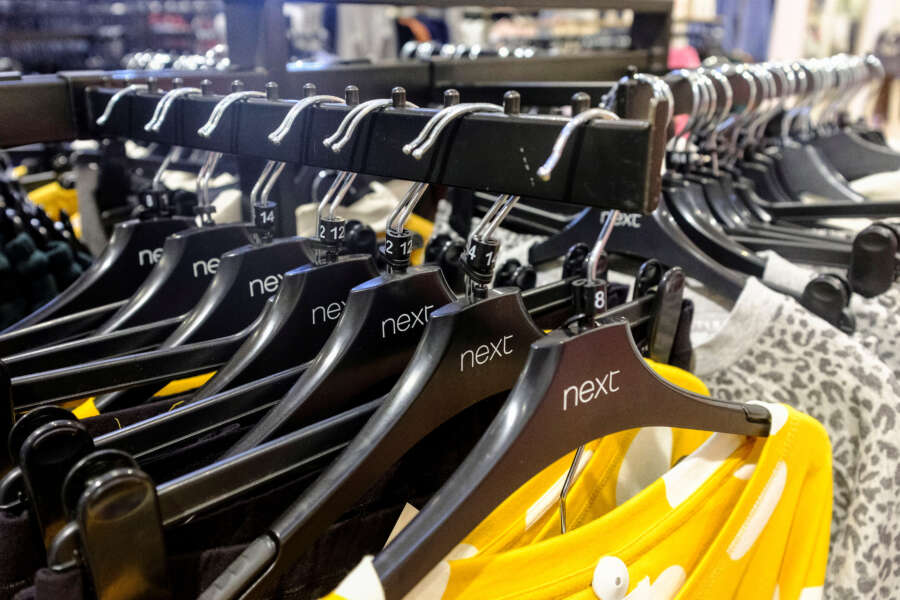 LONDON (Reuters) -British clothing retailer Next reaffirmed full-year guidance that was cut in September as it reported a 0.4% rise in third-quarter full-price sales, slightly ahead of its expectations, sending its shares higher.

Next, which trades from about 500 stores and online and is often considered a gauge of how British consumers are faring, said on Wednesday it still expected full price sales for the rest of its 2022-23 year to fall 2% and a full-year pretax profit up 2.1% to 840 million pounds ($967 million).

The group said full-price sales in the last five weeks of its quarter to Oct. 29 were up 1.4%, boosted by one particularly strong week at the end of September, when temperatures dropped and sales of heavier weight products improved.

Over the quarter store sales in the UK and Ireland were up 3.1%, while online sales fell 1.9%.

UK consumers have been reining in their spending with inflation hitting 10%. They also face the prospect of a tighter squeeze in 2023 after finance minister Jeremy Hunt said he would scrap tax cuts planned by former prime minister Liz Truss and scaled back her vast energy support scheme for households.

Next has shown more resilience than most but its shares are still down 36% this year.

Its rivals Primark, Boohoo and ASOS have all warned on the profit outlook in recent months as they face higher energy and staff costs and a weak pound.

E-commerce giant Amazon has also warned of a slowdown in sales growth in Europe this Christmas.

“Next faces UK consumer headwinds, however over the long term we continue to believe that Next should be able to achieve a higher rate of sales growth than the 2% that it has achieved historically,” analysts at RBC Europe said.